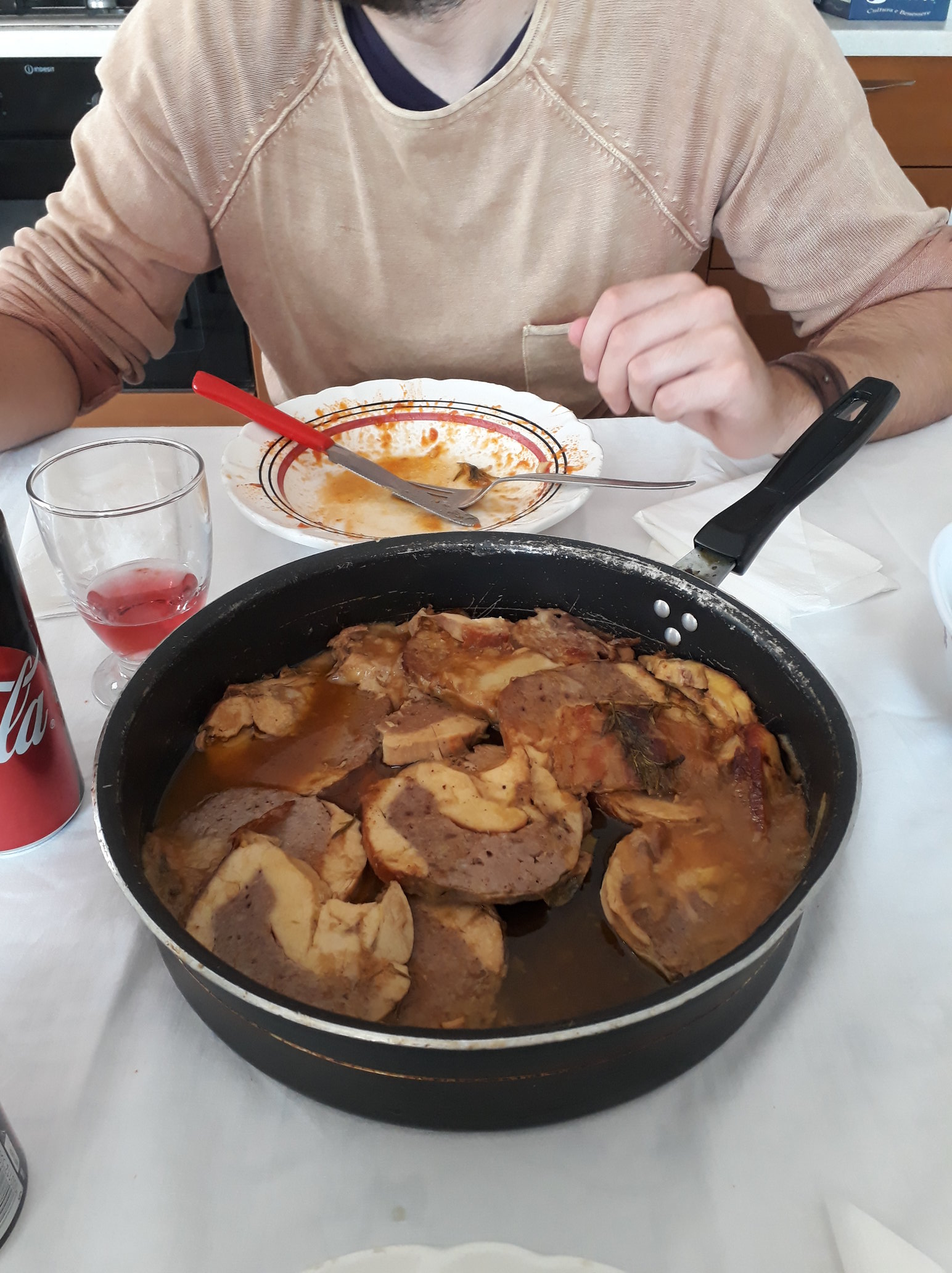 Meeting new people can be exciting, especially when they’re from a different cultural background. When I first met my boyfriend Silvio’s family in Italy I had a few problems with their habits.

It was summer and we were hitting the road along the Adriatic in my mum’s car. I’d known my boyfriend for a while, but it had taken some time until I got to meet his family. We’d planned to stay at his grandma’s house. All I knew about her at this point was that her name is Lola. After an eleven-hour ride on adventurous Italian roads, we finally arrived at her apartment in a small town located on the east coast of Italy called Chieti. It was late at night and the whole place seemed to be asleep. Suddenly the lights in the dark house came on and a small old woman stepped outside. I was nervous and my stomach was aching: what would she think of me? Would we get along? I didn’t know any Italian, except for ciao or grazie and didn’t know what to say or how to act towards her. 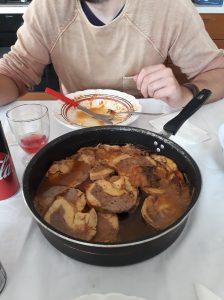 I was pretty excited. But as soon as we approached her, all my worries were gone. She hugged and kissed us and took us into her apartment, where she’d prepared a lot of food. And when I say a lot, I mean piles of all the dishes you can find on an Italian restaurant’s menu: there were pots and pans full of pasta, vegetables like aubergines, courgettes or artichokes and: meat. Normally I don’t eat meat and I’d simply say that I prefer to eat side dishes only and everything’s fine. In this case, I had to rely on my boyfriend to translate everything for me. But he was no help: he couldn’t convince his grandma that I was fine without meat. She just started heaping our plates with food like pancetta (roast pork) or salsiccia arrosto (fried sausage) and when we’d almost finished our plates, she’d add more and more. She wouldn’t let us go to sleep until all the food was finished. As I didn’t want to offend nonna, I decided to have some meat and put the rest onto my boyfriend’s plate secretly. Problem solved. When we finally went to bed, though, my stomach was aching – not from being nervous about meeting grandma but from being stuffed with meat and tagliatelle.

No Italian? No problem!

But the next day we – nonna and I – were finally able to get to know each other. I was very shy at first and I thought I wouldn’t understand a word. But as I know a little Spanish, I could guess what she was talking about and with the help of online dictionaries we were able to have a little chat. My boyfriend’s grandma used to live in Germany for some years, so we had some things to talk about. But unfortunately, she can’t actually speak German any more. Nevertheless, we had a great time talking about German and Italian traditions and – obviously – food.

In the evening, the rest of the family came around, and I thought I could at least speak English with the Italian cousins. But they didn’t understand a single word, so Italian was the only option. And even though I couldn’t really take part in the conversation, they never made me feel left out, and I had a really good time.

Was it really that bad?

No, of course not! During our stay I met a wonderful heartwarming family, who welcomed me with open arms (and lots of kisses). I really fell in love with the whole family. They showed me that you don’t need to talk much to get along, they taught me a little Italian and gave me an insight to their culture and way of life.

And even though I probably won’t ever get used to their eating habits, I’m already looking forward to seeing them again next summer!