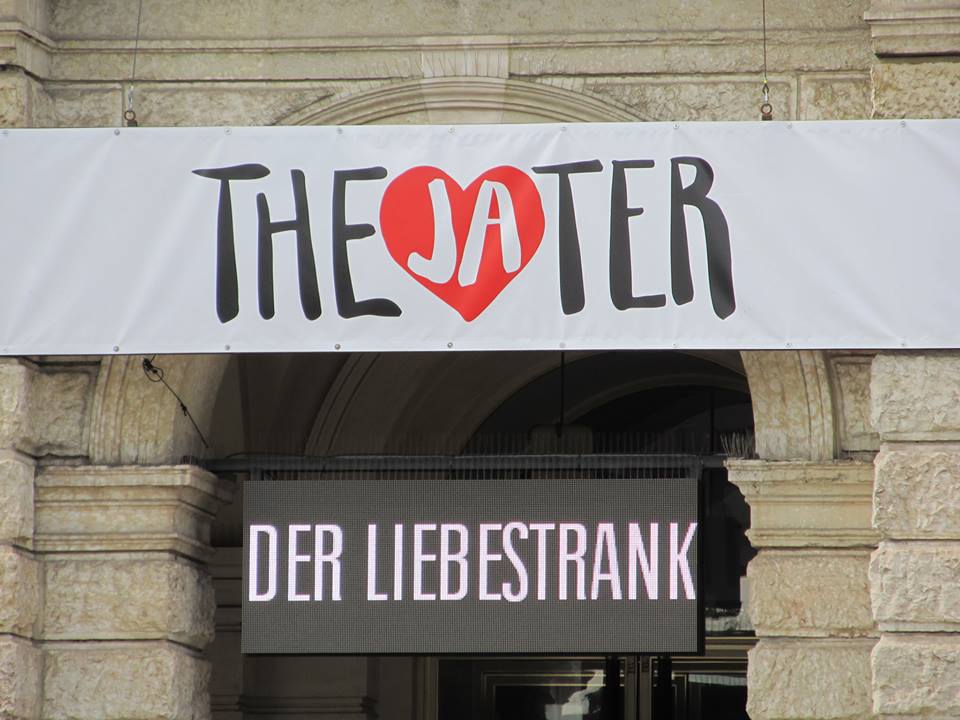 Why Augsburg needs a theatre

If you live or study in Augsburg, you’ve probably heard of the discussions about modernising Augsburg’s theatre, which is estimated to cost 186 Million Euros. 186 Million Euros is a lot of money, and, as always, when a city decides to spend its citizens’ tax money, especially so much of it, there are protests.

In the case of the Augsburg theatre they’re especially fierce because many of the opponents of the refurbishing of the theatre claim that it is only serving the interests of a fraction of the population. So do we really need a theatre in Augsburg?

There might be many arguments for or against the theatre’s restoration, but let me give you a few reasons why we might want a theatre in Augsburg, rather than fighting over whether we need one.

Have you been to the theatre, lately? No? Don’t worry, it’s never too late to start a good habit. No, you don’t have to turn into a hard-core theatre visitor just yet, but why not try out something new? The Augsburg theatre has many different things to offer. There are the plays, of course, and they alone come in many different shapes and sizes. Some are funny – others dramatic. Some are long, while others are short. If you are not a fan of plays, you can also go to an opera and listen to the opera singers fill the room with their powerful voices. In case emotional Italian arias is a bit heavy to start with, there are always the ballet performances, which are my personal favourites! If you’re thinking of pale girls in tutus, think again, because many of the performances are very modern and exciting and for the girls among you, let me assure you that the male dancers are very nice to look at. Augsburg’s ballet group has even been recognised as one of Germany’s best ballet groups and it really shows! But the Augsburg theatre not only offers a diverse range of performances; it also offers a pleasant relief from our media-flooded world. When was the last time you actually saw real people on a stage, instead of a TV? And when was the last time you listened to live music, instead of turning on Spotify? I admit that watching a play, an opera or a ballet performance requires a little more effort than a TV show, for example. This is because you actually have to imagine something to be able to engage with the story being told. But your brain will thank you if you just let it wander about freely for a change, and who knows – you might come across some interesting thoughts in your head!

Another reason why I love the theatre is the other people in the audience. If you thought people only go the theatre to look at the actors, dancers or singers on stage, you couldn’t be more wrong! There’s nothing more interesting and amusing than looking at everybody’s outfit while you enjoy a drink and a snack during the intermission. Bizarre people find their way into the theatre, from women in extravagant dresses to extremely bored teenagers on a school excursion.

So, if you’re a bit curious about the Augsburg theatre now, maybe it will be you that I’m staring at next time when I’m sipping my drink during the intermission! 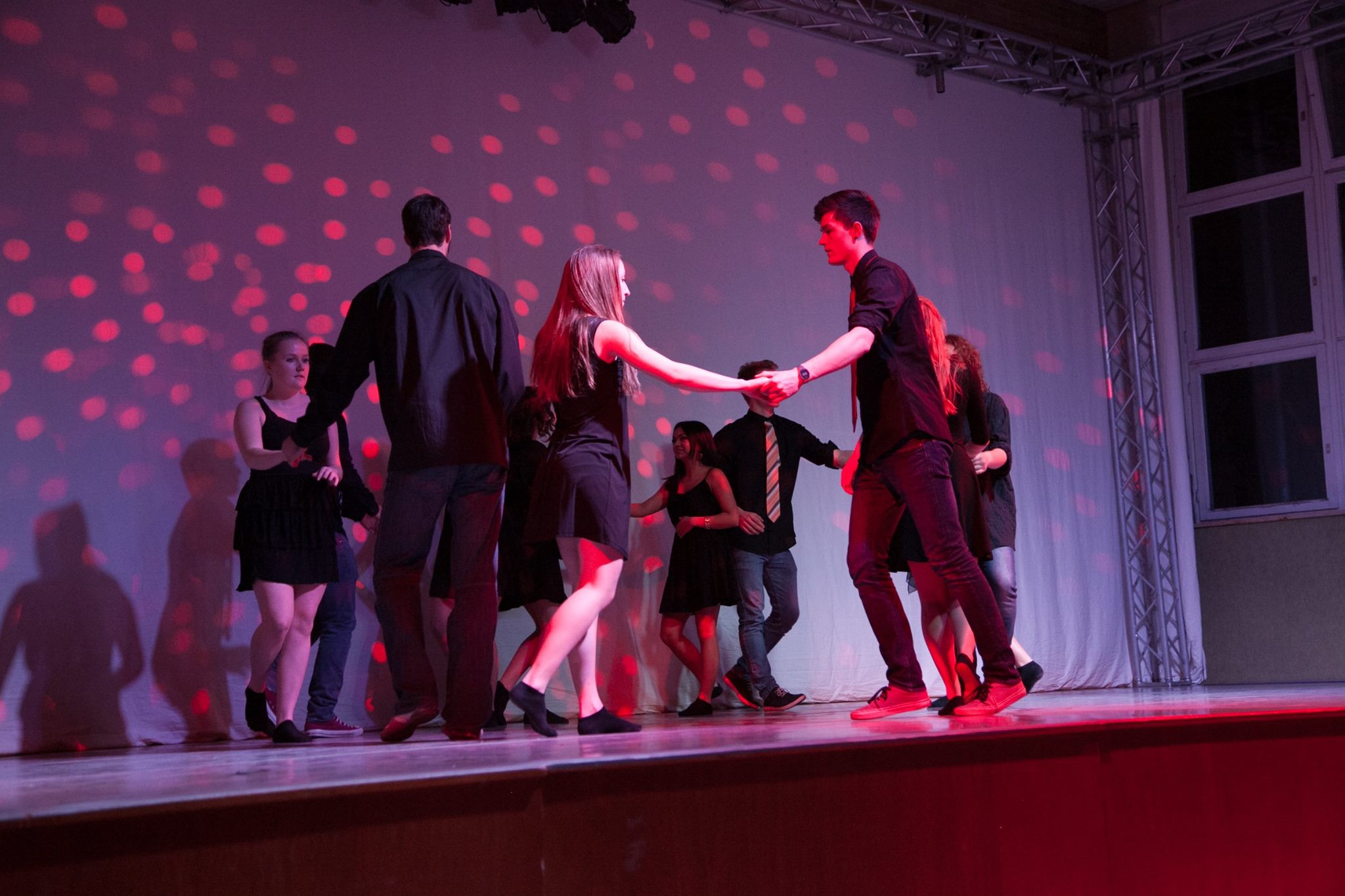 If you think Germans are cold, rational and impassionate, think twice about the people in Augsburg, because if you’re out and about on a Saturday night, you might come across a mass of passionate salsa dancers, moving their bodies to the rhythms of Cuban music, sensually drawing close together in a bachata or dancing wild and carefree in a reaggeton.

Augsburg may not look like it, but it is one of the world’s salsa strongholds. Internationally-renowned salsa teachers, dancers and DJ’s live and work here, the salsa dance schools are numerous and the parties more popular than ever.

If you feel like including Cuban dance moves into your life, Augsburg is the perfect location to do so. You might want to start by checking out one of the salsa parties that take place on the weekends. For a first taste of salsa, I recommend the Latin Black party at the KKlub every first Saturday of the month. With a salsa and a hip hop dance floor on two different levels you can move around freely, so in case you’re a bit overwhelmed by the Cuban rhythms you can always find refuge in some good old hip hop songs.

For those of you who prefer a location in the city centre of Augsburg, there is a salsa party every second Saturday of the month at Henry’s at the Rathausplatz, where you normally drink your coffee during the day. Another favourite location is the Capitol restaurant near the Moritzplatz, which opens its doors to salsa dancers every first Friday of the month. If you still don’t have enough of salsa parties, there’s always the Spirit Divan in Königsbrunn, where you can go every third Saturday of the month to enjoy the best of salsa.

If you prefer to learn the basics of salsa dancing first, instead of jumping in at the deep end, let me tell you about the different dance schools you can check out. Emilito’s Cuban Salsa P ower offers not only salsa classes, but also classes of other Latin American dances such as rumba, reaggeton, bachata, kizomba and rueda de casino, which is salsa danced in a circle by several couples. The dance school also regularly offers special workshops and free practice parties. Another option is the Salsa Elegante dance school, which hosts the parties at Henry’s and the Capitol. They also offer rueda classes in addition to their salsa dancing lessons. Two other dance schools you might want to have a look at in order to find the right one for you are the Los Banditos and the Move Arts.

If you’re worried that you might not fit into a group of salsa dancers, let me assure you that you’ll find people from all walks of life at the salsa schools and parties. Speaking from my own experience, I can tell you that salsa is something for everyone – no matter how old you are, which country you are from or whether you’ve danced before.
So, vamos a bailar, chicos!