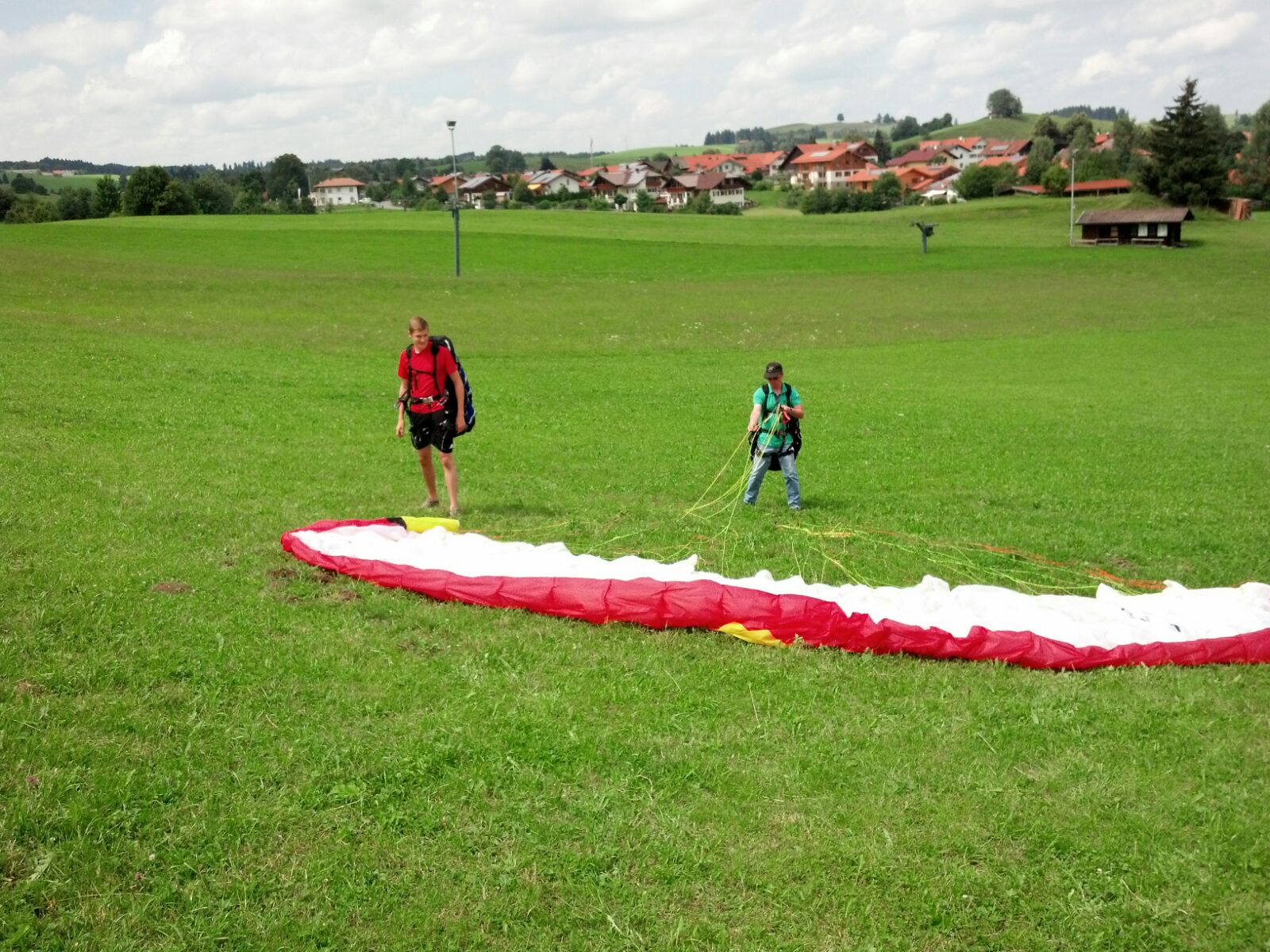 Shortly after my seventeenth birthday my father and I decided to approach one item on our bucket list we’d both wanted to tick off for a long time; learn how to fly. So we booked a paragliding course. The basic class we participated in, took about four days and aimed to teach every student to fly by themselves. The requirements were pretty simple: we should be able to run in a straight line and – of course – not be afraid of heights. And the equipment was provided by the flight school.

Our course began with a bit of theory and school introductory course videos on the mechanics, equipment and paragliding techniques.  We learned how to understand local weather forecast accurately and how to decide when to fly and when to stay at home. For our first practical exercise, we moved to the training hills to practice inflating and controlling our wings on the ground, learning to take off, land, and steering skills. All these exercises were simple but also very exhausting, as they consisted of running, stopping and running again for nearly an hour. On the third day, it was time for our first training flight. We launched from the side of a hill at a height of nearly 200 meters, we had to run downhill until the chute would open and lift us up in the air. In the meantime, the teacher gave us instructions from the ground through a walkie talkie. One of these training flights lasted around a minute and a half but it felt much shorter. Time just flies when you’re in the air!

In order to be prepared for the final flight on day four, we had to start at least 15 times from the practice launch site. What didn’t sound like too much of an effort at first definitely became the hardest challenge on the entire course, one reason being that the full equipment weighed around 15 kg and we had to carry it 200 meters uphill on a small path, which the instructor fondly called the “channel of sweat”.

Reward for the hard work

On the last day, we were ready for the first flight completely on our own. We started from the top of a 900-metre mountain. For a change, we didn’t have to carry our chutes to the top because there was a special lift installed. We flew for nearly ten minutes, enough time to relax and enjoy the beautiful landscapes from above. Everybody reached the landing zone safely and the course ended there and then.

Altogether it was a memorable weekend and if you haven’t put paragliding on your own bucket list yet, make sure to note it down immediately.