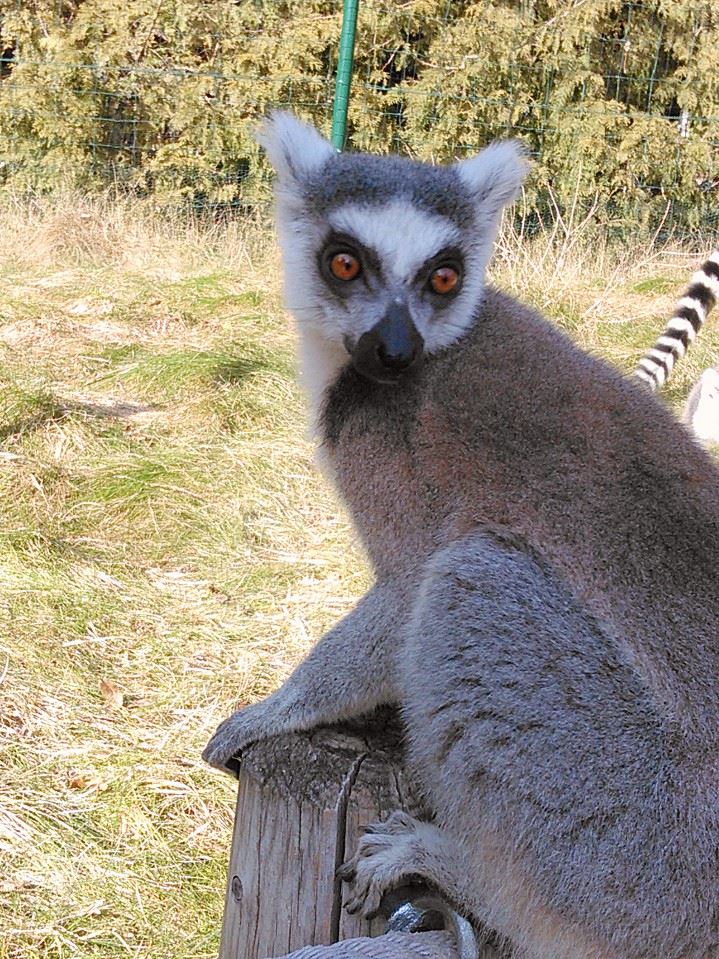 Since 2008 visitors to the zoo in Augsburg have been able to walk with a ring-tailed lemur. This lovely creature will accompany you in one of the most beautiful experiences in your life. These creatures are really friendly with people, they jump and run free and, with some luck, they will land on your back or shoulders. But don’t try to touch them! As beautiful and smooth as they seem to be, they’re wild animals and can bite.

These animals are part of the family of strepsirrhine primates and are extremely vocal and have unique calls to warn about predator species, for group communication, for location, feeding and being lost. Their vocalizations consist of meows, clicks, yaps, screams, purring, squeaks and moans: as you will see in the zoo, the Augsburg lemurs are very communicative. They spend a lot of time sunbathing and playing with the other members of the group. Unfortunately, their conservation status is considered endangered by the IUCN Red List (http://www.iucnredlist.org/details/11496/0), the main threat to their population being habitat destruction.

The origin of the name and popular legends

Their name refers to the Latin word lemurum, meaning spirit. Because of their name, they play a part in legends in Roman mythology. People believed that the animals were the restless spirits of the undead. They thought proper burial of their loved ones would help to prevent this. Seeing a lemur was often viewed as an omen that something terrible was going to happen. It’s also because of the popular origin of such stories, though, that their very existence is threatened, as villagers hunt and trap them. They also take money from hunters that come for the thrill of killing the legendary lemurs of Madagascar.

These little animals have become familiar to us after the film, Madagascar, which introduced the figure of the lemur, King Julien. After this, many people began to be interested in the creatures. Then a big research project worldwide about these creatures came into being, and in many zoos in the world you can walk with them and study their behaviour as if they were in the wild. Therefore, although these animated films are fun and delightful, they don’t depict the true nature of lemurs, of course, but, if seen in combination with other animated films and documentaries, they’re a useful tool for educating people about the needs of the species.