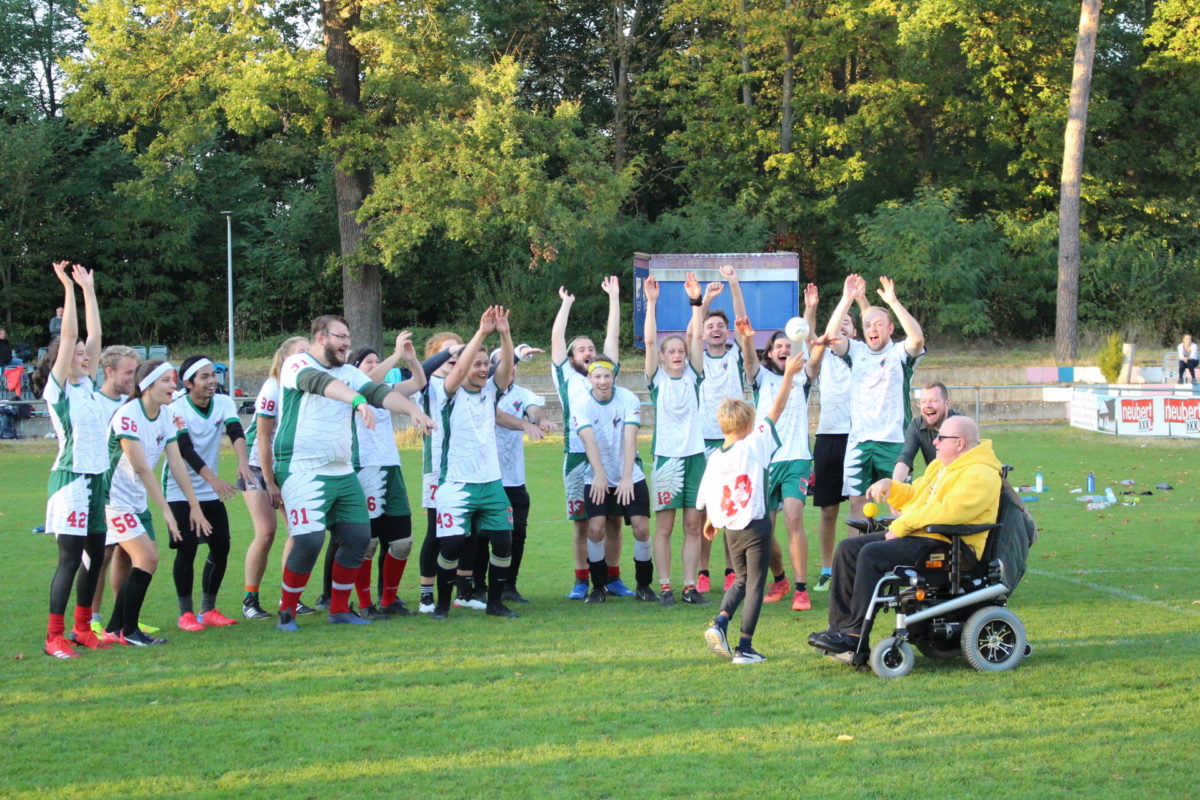 Augsburg Owls and the Bavarian League

Quidditch is a fast-paced and full-contact sport that combines elements of handball, rugby, dodgeball and flag football. A quidditch cadre can contain up to 21 players. 7 athletes per team are on the field at any one time. It is played in coed teams with nor more than three players of the same gender on the pitch during play.

In 2005, it made its way into the real world when students in Middlebury, USA, found a way to adapt the sport from the Harry Potter universe to a world without flying brooms then, both the sport itself and its community are growing tremendously.

Quidditch in Germany and Augsburg

In Germany, the sport has become increasingly popular as well, especially in recent years. There are over 40 teams registered with the German Quidditch Association (Deutscher Quidditch Bund) or in development. The local team in Augsburg is called Augsburg Owls. The team was founded in 2015 and remains Augsburg’s first and only Quidditch team to this day. Besides taking part in the annual Bavarian League, which is one of the six leagues throughout Germany, the greatest success of the team has been the qualification for the European Quidditch Cup 2020, which was postponed due to the Covid Pandemic and is expected to take place in Limerick, Ireland in 2022. Furthermore, the team managed to win the Bavarian Cup, which was first held last month.

For interested and curious students, the Owls offer a starter course within the sports program of the University of Augsburg. Additionally, so-called “Newbie trainings” take place regularly at their home club FC Haunstetten. So, if you want to discover the sporting world of Harry Potter beyond the books and movies, check it out and have a try at handling quaffles, bludgers and brooms. Your real-life Quidditch experience is closer than you might think.