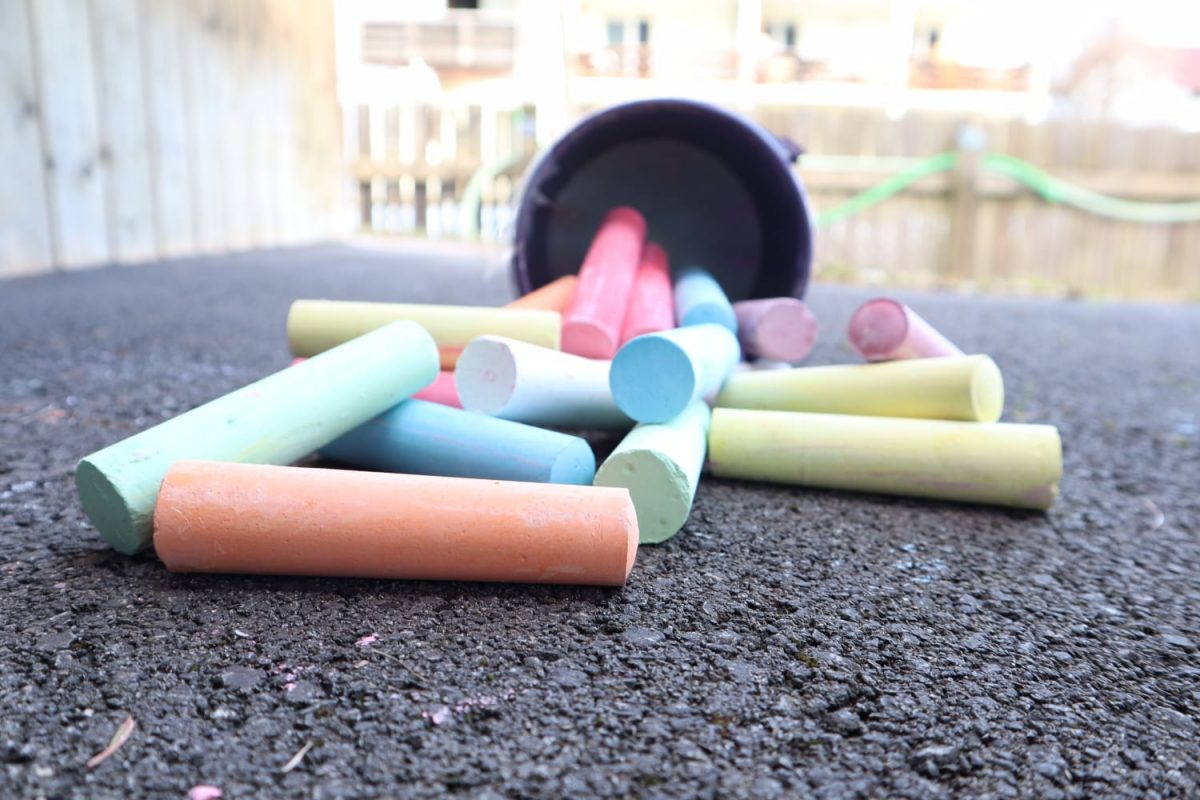 And who’s calling out cops over catcalls?

Augsburg’s kind of a small, quiet city – if you’re going to call it a city at all. Not the place you’d think globally received activism is happening. So when a local Instagram blog somewhere in the 500-like margin suddenly receives over 10,000 upvotes for a single post, is endorsed by a New York-based blog with almost 200,000 followers and reported on by the Süddeutsche, you know things are either going exceptionally well – or shit’s hit the fan.

Sorry, I live behind the moon. Come again?

We’re pretty sure you already have some basic idea of the issues we’re going to address in this article – and if you don’t, you might want to take a closer look at your social media habits. But let’s recap, shall we? Last Wednesday, December 09th 2020, a new post was uploaded to the Augsburg-based Instagram blog @catcallsofsaugsburg. As per usual, the photo showed a catcall, an unwanted sexual statement experienced by a woman. The perpetrator’s exact words had been written on the ground in chalk in the exact place where the catcall had happened – at a very central location, the Rathausplatz – by the activists behind @catcallsofaugsburg to raise awareness. They’ve been doing this for a while now, so what’s new? Well, as followers were informed in the caption, several police officers and fire fighters came up to the scene with a fire truck shortly after the writing had been created and flushed the whole thing away with a fire hose.

Catcalls entail sexually charged comments, loud whistles, or inappropriate touching, usually performed by men on passing women, (supposedly) gay men or trans people. They may be paired with discrimination of people with disabilities or – as was the case in our example – POC (People of Color), among other groups. The question why far too many men engage in this heavy-handed behavior comes up a lot. Now, there are a range of explanations: on the one hand, toxic masculinity still has a huge impact on our society and seems to lead men to all kinds of inappropriate behavior, even against better knowledge. On the other hand, women are still being sexually objectified to the point where catcalling is received as some sort of twisted compliment by some: “Don’t make such a fuss and be happy about it,” victims are often told. Er, no. Street harassment is everything but a compliment. A compliment is an expression of respect and affection.

Catcalling, on the other hand, is harassment that can instill fear. Some victims suffer long-lasting psychological wounds from it. It is a severe humiliation which imposes male dominance and superiority over women and minorities, often intended to make the victim feel powerless and out of control. Catcalling is a global problem; that’s why @catcallsofxyz blogs were created, a social feminist movement that originated in New York City and has spread from there to many cities around the world. By chalking up all the rude and inappropriate comments and incidents on the street these blogs provide a platform to those who are affected by street harassment – and initiate public debate.

Take this as the trigger warning of the century – it’s getting ugly!

There had been another, earlier post published on @catcallsofaugsburg two days before – i.e. on Monday, December 7th. It showed the fire truck in action and was followed by a few paragraphs of explanatory text in the description. Apparently, passers-by had called the police because the writing was irritating them. Now, it did include some very nasty words, was evidently sexist and even contained a racial slur. However, judging from the actual photo that was uploaded two days later, the purpose should have been more than obvious all along. The writing included an anti-racist hashtag, the name of the blog and a huge trigger warning at a very prominent position. The word fuck and the n-word were both censored, using asterisks. Evidently not the kind of lengths you’d go to if you were just a sexist Neo-Nazi trying to make people feel bad, right?

To some, it wasn’t that evident. According to @catcallsofaugsburg’s Instagram captions, a climate activist camping nearby had to inform the police about the purpose of the writing and the movement behind it. Still, they proceeded to call several colleagues and, since said activist refused to remove the writing (not sure why that should have been his job in the first place), the firefighters. So far, so exaggerated. Since this kind of media attention can be very uncomfortable even to an anonymous victim and create further trauma, @catcallsaugsburg got back to the person that had experienced the catcall and made sure they still wanted it published. Two days later, the actual photo was uploaded. As of now, both posts have been liked several thousand times. Seems fair to say a lot of people don’t agree with the procedure, including, for instance, the slightly more popular @catcallsofnyc. So where’s the problem?

Now, there seem to be several dimensions to this event, and it’s probably safe to say that more than a few people were implicated in one way or another. First off, there’s the passers-by. Let’s take a walk in their shoes, shall we? You’re walking past some writing on the ground, now you’re stopping to read it, oh look! Profanity, sexist language, a racial slur… Irritating for sure, we’ll give you that. But you’d probably read the whole thing, wouldn’t you? At least if you’re going to call the police over it, right? Do that, and you’ll find out: there’s a trigger warning. Words have been censored. An anti-racist hashtag has been added. An Instagram blog has been tagged. There’s zero immediate danger to you, so why not get out your phone for a bare minimum of research first, if you’re still not getting it? Same goes for the involved police officers, who had been informed about the purpose of the whole thing. It’s very clearly feminist activism; that should be easy enough to understand.

Of course, that’s the nice way of reading it, assuming there was zero bad will, only lack of information and poor judgment. But there’s another, more uncomfortable reasoning: maybe some passers-by simply couldn’t stand being confronted with the discrimination that women and POC face daily and felt they couldn’t just ignore the whole thing and move on. Maybe they didn’t like the idea of victims speaking up. Maybe cracks were starting to form in their bubble, but they wouldn’t allow it to burst. Why get informed about discrimination and, crazy suggestion, learn something from it, when you could just shoot the messenger instead? Better call the police and have them remove all traces of the traumatic event you‘ve just had to endure, right? Luckily, they’re ready to help.

And then, of course, what’s up with three police cars and a fire truck? If you’re just going to remove chalk – crazy suggestion: use a bucket of water, not a fire truck. Literal kids use these things on asphalt or concrete, and they’re gone with the first drop of rain. So are we talking about a waste of taxpayers’ money? Yeah, but there’s also the attention a fire truck in front of the town hall’s going to create – meaning there’s the danger of attracting additional bystanders, apart from the overly large number of officers and firefighters already involved in the whole affair. All of these people will end up spending an unnecessarily long time huddled together in a mask-only zone, while a pandemic’s going on. All of that, just to show some presence? Totally worth it. A victim goes through all the original trauma of an unwanted encounter, risks bringing it all up again by contacting anti-catcalling activists, tries to make a statement by sharing their story… and then, that statement’s literally going down the gutter, because some bystander who’s probably never had to endure any of this themselves is feeling uneasy. By removing the chalk, the perpetrators are not only protected; the victims are also actively deprived of their voices! What a slap in the face.

…. and they couldn’t leave it at that, either.

And here come slaps no. 2 & 3: a reply by the police and an official statement by Augsburg’s mayor Eva Weber that are visible on @catcallsofaugsburg. Now, it was to be expected a police statement would be supportive of the police, and it’s a fairly polite and informative message overall – which is precisely why the final paragraph sticks out like a sore thumb: “the incident quoted in the writing – should it actually have taken place as described – constitutes a criminal offense that we […] would like to follow up on.” What’s with the relativization? Is that some sort of police language, some (clumsy) way of avoiding a premature assignment of guilt to a suspect who’s not yet been proven guilty? As in calling someone a suspect instead culprit to make sure everybody gets a fair trial? But there’s no suspect anyway, and there’s nothing premature in saying a “quoted incident” constitutes a crime. Calling it a quoted incident already implies you’re working with what you’ve heard, really. Why be so upfront in saying there’s (major) doubts about the truthfulness of a report that was never even filed? Could that be a cover-up for the fact that hardly any catcaller is ever punished or even identified? And by the way, maybe victims would feel safer reporting offenses if you weren’t eliminating their public statements.

It’s also a crying shame that Eva Weber didn’t have in her to dissociate herself decisively and vigorously from the police’s behavior in her official statement. Instead, she only fed the press with a half-baked statement that’ll, ultimately, change nothing. She also didn’t drop a single remark about the racial slur being used, only referring to respect for women in very general terms. Unfortunately, this further proves how too many politicians and government institutions are losing their grip on our reality and the current, modern problems of our communities.

Did we mention mistakes?

What a double standard: We can protect our concrete from chalk but can’t protect victims from catcalling. We pay attention to the sensibilities of bystanders but not to victims when they speak out. What’s up with that? If we want to address this mismatch, we need social movements like catcallsofxyz! We need people to start taking the stories seriously as well as paying attention and listening to them. It goes without saying that the solution of this problem is not reinforcing public police presence or implementing short-sighted laws. The source of the problem is deeply rooted in society: the patriarchy – you knew it had to come up somewhere. We must disintegrate harmful structural and constitutional thinking patterns by developing media and public education initiatives to change attitudes and behaviors. We need to publicly demonstrate intolerance for sexual harassment of all kinds. And we shouldn’t have to waste time justifying our anger and our activism!

A huge thanks to the activists behind @catcallsofaugsburg. You really are the cats that won’t cop down. Keep up the amazing work (that we all wish you didn’t have to do)!