Language plays an important role in our lives. It’s not just about communicating and interacting, but also about sending indirect messages through our chosen words. This can have challenging consequences in society regarding individual attitudes and lifestyles. In recent years there have been linguistic changes intended to make our language more inclusive. But why now?

Up to the 20th century there was a clear gender distinction in life. It was common that men provide for their families, go to work and manage the finances. Meanwhile the women stay at home to take care of the home and children. Back then, people didn’t think about changing common gendered expressions in the language they used. The words used just reflected the structure of society at the time. Terms like ‘manpower’ were clearly adequate to describe the workforce in that times, which consisted of male workers. But should we still stick to those expressions nowadays?

In modern society we’re more aware of these antiquated prejudices in general. Over the last century, awareness for equal rights of women and minorities has risen. Since our way of expression and communication reflects our mindsets and attitudes, it changes as our habits do. Why should we hold on to terms that exclude minorities, when we aim to include them in our society and fight for their equal rights? It wouldn’t make any sense to hold on to them because we don’t want to harm anybody’s feelings by using exclusive language. If we care about other people, we also have to choose our words wisely.

Regardless, there are still many situations where cis men are regarded as superior. The question is: does language change our society or does society change our language? We could say they influence each other. If people are not willing to adapt their attitudes towards modern movements, their language won’t either. But if we don’t become aware of the effect our way of speaking has on our habits, we won’t rethink how we’re living.

We can see in political debates, that there are still problems and challenges in our efforts to be more inclusive. Raising awareness towards minorities and all the terms that could negatively affect others, seems very demanding and often difficult to realize. However, isn’t it better to try our hardest rather than to simply give up? Obviously, change doesn’t happen overnight, but if we keep trying we can improve our world one word at a time – for all of us. 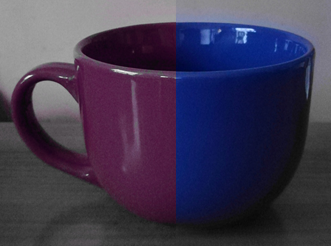