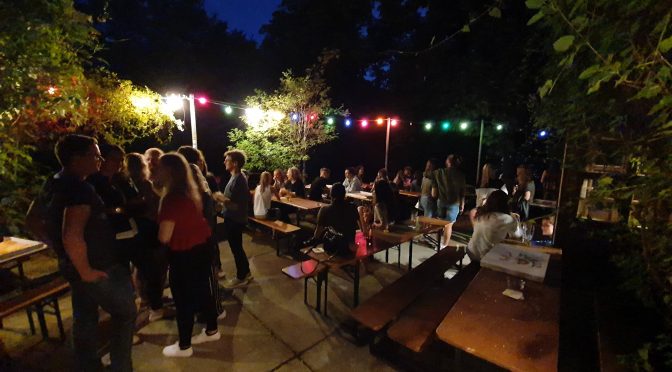 Is three years after graduation too early for a class reunion? Maybe, maybe not, but it certainly was enough for me to spend roughly 12 hours drinking and speaking to my classmates. So, let’s go ahead and try to recap what went into planning it and the night itself.

As former class president, I was the lucky one to be in charge of setting a date for the class reunion and planning everything. So why did I set the date so early? Well, it really boils down to two major points. First of all, our regular yearly meetup, the city festival, fell flat this year, because of renovations in the city center. I got these news around Christmas, which definitely was a bummer, but sparked the idea to move the reunion date up by a few years. After talking to my vice president, we agreed that it makes sense, also because of the second reason, which is that the money we had in our bank was a lot for a student wallet, but not so much for someone with a stable job that worked for a few months.

So now that we had the date fixed, how much prep work did we put into it? Not a whole lot to be perfectly honest. Now that was not just because we were a bit lazy – which admittedly we were – but we also didn’t think that the 3-year celebration really warranted anything special. So, what did we do then? We booked an evening at our favorite bar. It was the one we pretty much spent all of our weekends at during school (yeah, there’s not that many alternatives in rural areas).

The evening itself, though, went amazingly. As class president I had to be the first one there, but I also had the honor of setting up the tap with 1500€. It didn’t take long for the first people to arrive as the allure of free beer is just too big. Most classmates arrived with their old friends, but they actually all dispersed quite quickly and everyone started talking to everyone, which was amazing to see. Admittedly, we’ve always been a tightly knit class, but some of the classmates I saw talking to each other had barely anything to do with each other during school times. For those of you wondering how long the tap lasted: It took our class of 80 people (20+ or so were designated drivers) 5 hours to kill the tap, which was longer than I expected. But the end of the tap also ushered in the end of the night. The majority of people left within the next hour, except for a small group of maybe 10 people, myself included, that stayed until the sun dawned, before we all trotted home just as we did all those years ago.