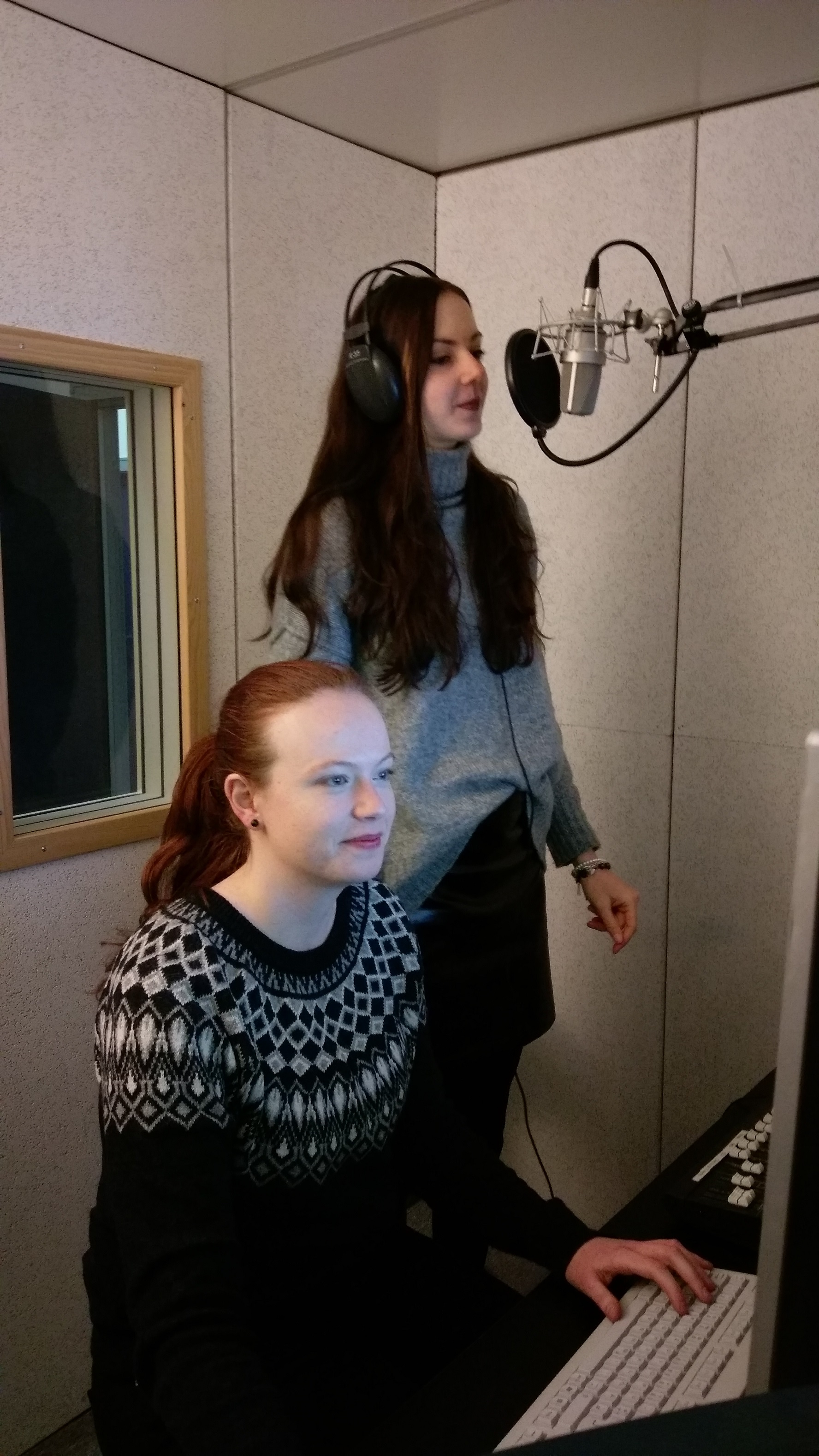 We’re going to be on the radio! This thought was as exciting as it was scary for us eMAGers who are used to having all the time in the world to create beautiful sentences with sophisticated syntax and impressive vocabulary. So the prospect of having to come up with elaborate statements in a matter of seconds was somewhat intimidating.

Ronja and Laura from the Kanal C student radio made us feel very comfortable in their ‘base camp’ at the Alte Universität. It was quite obvious from the start that everyone’s welcome at Kanal C, so we weren’t surprised when the two girls told us that their team was made up of students from all kinds of programs. Some get involved with Kanal C to gain experience in producing and hosting radio shows, while others are there just for the fun of it. And we can’t deny we got the impression that the Kanal C team does have lots of fun producing their shows.

Before we were interviewed, we were allowed to have a look at the recording studio. Here, Kanal C records passages that are later played in the show, which is broadcast both from the studios and on the frequency of Radio Fantasy (93.4 MHz). Each show is hosted by an anchor who’s supported by a co-anchor. Before you start hosting the live shows you need to practice and get an overview of all tasks that are involved in producing a show. Reports have to be written and recorded, including local and global news that always have to be up to date. Just like every radio station Kanal C offers traffic reports and weather forecasts, but also information about current events in Augsburg or at university. And, of course, Kanal C focuses on its young listeners and updates you on new apps, games and movies in the theaters. If you’re an indie, alternative or hip hop fan, Kanal C is the perfect radio station for you. They played Milky Chance and X Ambassadors long before they conquered the charts and they keep an eye on the local music scene, interview young bands and artists and report from the Modular Festival. Listen in or become a radio celebrity yourself!

It’s obvious that the Kanal C team puts a lot of time and effort into their shows, but with up to 7,000 listeners their effort certainly isn’t in vain and twenty successful years also speak for themselves! So why not listen to the radio at 9:50pm next Monday? And don’t worry – if you can’t make it, you’ve still got the chance to listen to their podcast on https://kanal-c.net/. We’ll definitely be glued to the radio next Monday when they’re airing their show!

Oh and by the way: if you feel like hearing your voice on the radio, just send the team an email (info@kanal-c.de) or drop by during one of their team meetings on Tuesdays at 8pm at the Alte Universität. They’re always on the lookout for potential new members and they promised us they don’t bite! 😉