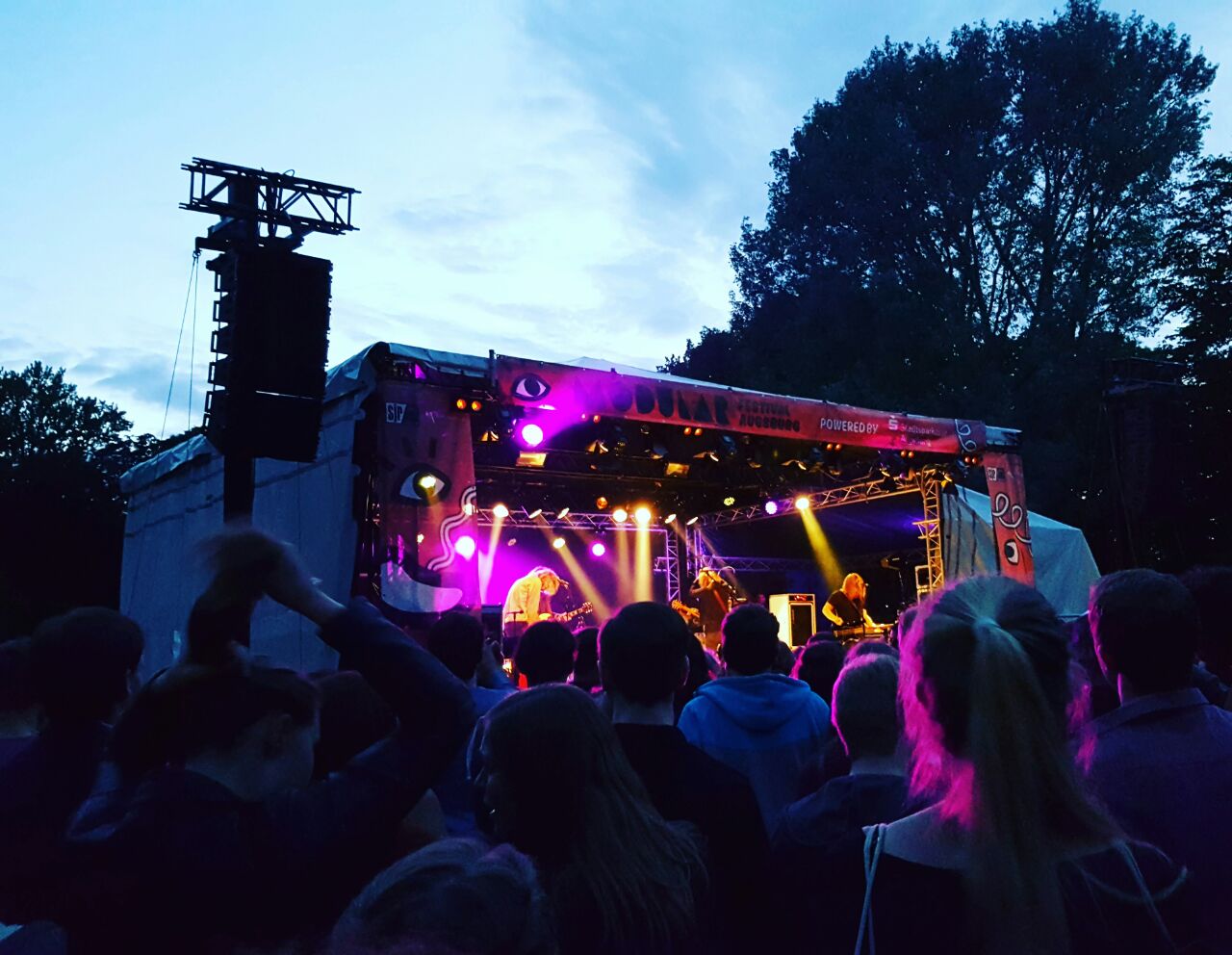 Summer is coming and it’s the festival season again! And everyone loves festivals, right? Of course, there’s the music, but that’s not all there is to it. It’s the feeling of being out with your friends, drinking beer in the sun with music all around you, escaping reality, almost like being on a holiday. So isn’t it great having a festival right on your doorstep? The Modular Festival has been taking place since 2009 and it’s been at the congress centre since 2012. Its aim is not only to bring international, national and especially local artists onto the stage, but also to offer workshops for the whole family and support local sports groups.

The music is probably the main (but not the only) reason to go. This year, over 50 artists and bands are going to show what they can do on four stages: two outside in the park and two inside the centre. There’s Kakkmaddafakka, Moop Mama, RY X, Hundreds, Maeckes & die Katastrophen, Megaloh, Faber, Sxn, Die Höchste Eisenbahn, Fotos and MC Bomber, just to name a few. You might not know them yet, but there’s a little info about them on the festival’s website and you can listen to the Modular Spotify playlist. And maybe after the festival you’ll have a new favourite band. Workshops and other things to do
Modular is not only music: it offers art exhibitions by different painters, designers and sculptors and performance acts such as a rap battle, a poetry slam and a magician. There’s the Pop Convention, where you can make and discuss music with professionals and a ‘creative market’, where you can make art yourself. It’s also not only a festival for adults: there’s a kids’ programme with a whole ‘Modular Kids Village’.
Apart from the different kinds of art, there are two sports events you can watch: the ‘BMX EX&HOP (international contest series)’ and the ‘Bavarian Miniramp Mastership’, an open skateboard contest. No matter if you’re into those sports or not – it’s amazing to watch!

For the physical well-being
Even though you can’t bring your own food, believe me, you won’t starve! The festival supports local providers of food and drinks. You can get the local beer or free drinking water and to eat there’s everything as pizza, burgers, sandwiches, tacos, ice cream, crêpes and so on… No matter if you’re a vegan, a vegetarian or a meat lover – there’s something for you.