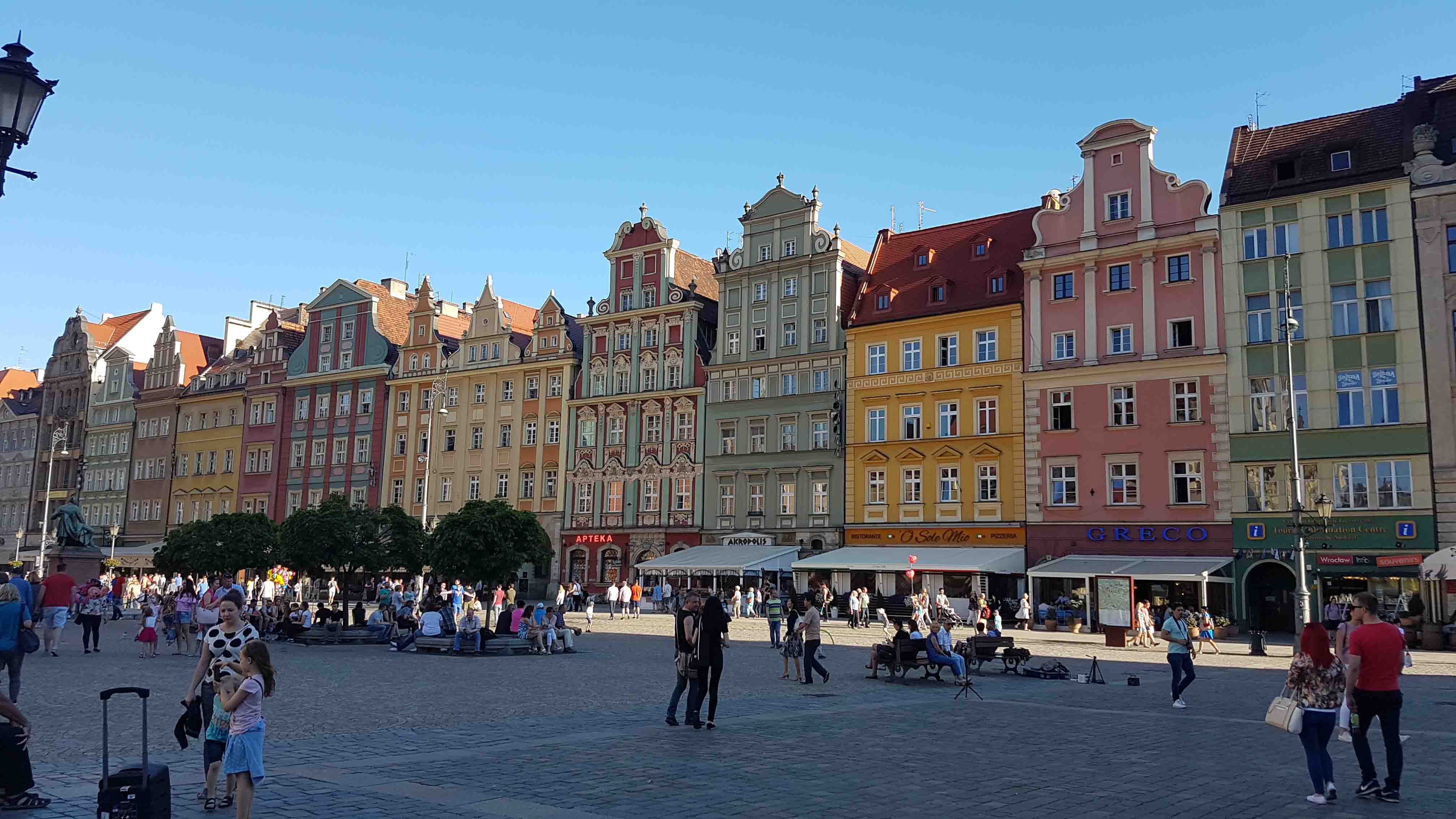 It’s summertime! Courses are slowly coming to an end, leaving us tortured by exams, term papers and other deadlines. With such a perspective, it can be difficult to make time for a long vacation and get away from it all, not to mention that the budget could also be a bit of a problem here. So I would like to present to you a time- and budget-friendly option to escape from uni madness and free your mind, if only for a while. You might be asking yourself why, of all great cities in Europe, I chose to write about Wroclaw. Although I was born in Warsaw and grew up in Germany, I’ve spent all my summers in Wroclaw with my grandparents. The city has always meant a lot to me and I feel like it’s not getting enough recognition, especially among younger people. If you’re planning to visit Poland some time, and have Warsaw or Gdansk in mind, let me tell you that Wroclaw is a much better alternative and has a lot more to offer, especially for university students. 724 kms north-east of our beloved Augsburg lies a city packed with culture, delicious food, craft beer and dwarfs. Dwarfs? Why yes one of Wroclaw’s trademarks is little dwarf statues, which are spread all around the city. They can serve as a guideline to explore the city or just be stumbled upon while walking around freely. Just make sure to keep an eye out for them.

Another thing about Wroclaw is that people tend to call it the Amsterdam of Poland, and as soon as you arrive in the city you will immediately know why. The Odra and its canals beautifully wind through the city, making it explorable from the water and giving the city an amazing Venice-like flair. Summer is one of the best times to travel and explore new cities, but what if it gets too hot? Well worry not, there are a lot of different ice-cream shops around the city, among them Ice Rolls Wroclaw. Made right before your eyes, the fresh, creamy deliciousness will not only cool you down but make you enjoy ice cream in an entirely new way.

After you’ve stopped for your ice cream and continue your city stroll, you’re but a few steps away from the marketplace, Wroclaw’s most magical spot (in my opinion, one of the most beautiful city squares in Europe). If you’re lucky, you might be just in time for one of the fairs that take place there and which can last up to a week.

All this might sound really touristy and mainstream, so why write about it in a student magazine and make it sound so special? Well, one thing I noticed is that Wroclaw lives for and because of its many local and foreign students. There are a lot of great things to do during the day, but at night an entirely new side of the city comes to life. So grab a fancy cocktail, sitting on the market square with a view of the illuminated town hall or enjoy locally-brewed craft beer in one of the many different types of pubs. With a little luck, you might be able to land a pint for 2,50 zl, which is roughly 70 cents. Or if you’re not the beer type, you might want to stop by Czupito, a shot bar with an astonishing variety of mind-blowing shots. Of course, you can combine all this and go on a crazy pub crawl and even end up in one of the university’s dorms at a house party with people from all around the world drinking polish wodka and eating dill pickles.

So if you’re still struggling to decide where to go on a short trip, take Wroclaw into consideration. I promise it is worth the trip!