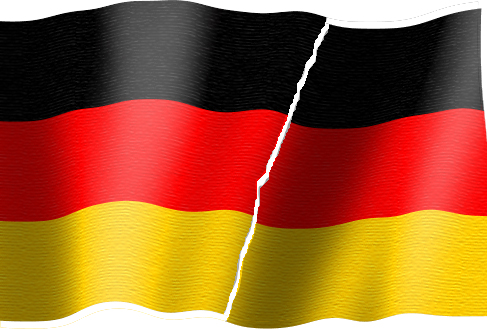 Defining unity has become hard in a world that seems to be falling apart. Catalans have tried to vote in an independence referendum merely days after the Kurds, Québec’s autonomy is back on the table and Brexit is causing uproar, not only in the EU, but even more in the UK itself. And what if the Scots decide they’ve had it and become independent after all?

Unity out of division Germans, of all people, know about the inconveniences, and even dangers, of separation and partition. A mere one thousand five hundred years of regional reclusiveness were followed by only about seventy years of unity (and two World Wars) before the country was broken apart again. Of course, there’s a difference between forced partition and chosen self-government. But historically speaking, abandoning all the advantages of a unified state because of ethnic pride and regional patriotism has rarely stood the test of time.

When, in 1841, von Fallersleben wrote the text to the German national anthem, he addressed unity alongside justice and freedom in a democratic state. Now, however, elections as the very basis of democracy have come to show the fault lines that still exist throughout Germany. In the recent parliamentary election, thirteen percent voted for a party whose program exploits this lack of unity – a division based on current political matters both in Germany and the EU. The foundation of democracy is in imminent danger. As with the British people, it is our freedom that allows us to question the point of our unity.

Peace out of unity

In these disturbing times, it’s vital that Germans celebrate and embrace their unity, particularly on our twenty-seventh Tag der deutschen Einheit. This unity lies in diversity within the framework of a unified Europe, our key guarantee for peace, which in turn secures our territorial integrity. Germany, of course, was divided by brute force, which is a whole different story than Brexit or the movement for Catalonian independence. Unity just for the sake of it only leads to stagnation, if not regress.

Still, those who long for independence should challenge their motives. There are three questions to be answered: first of all, how bad is my current situation? Maybe, I’m just suffering from First World Problems. Second, is partition the solution to my problems? Or will they just continue on a regional level? And, finally, will I gain more than I lose? Sometimes, winning independence from a greater power threatens unity within.