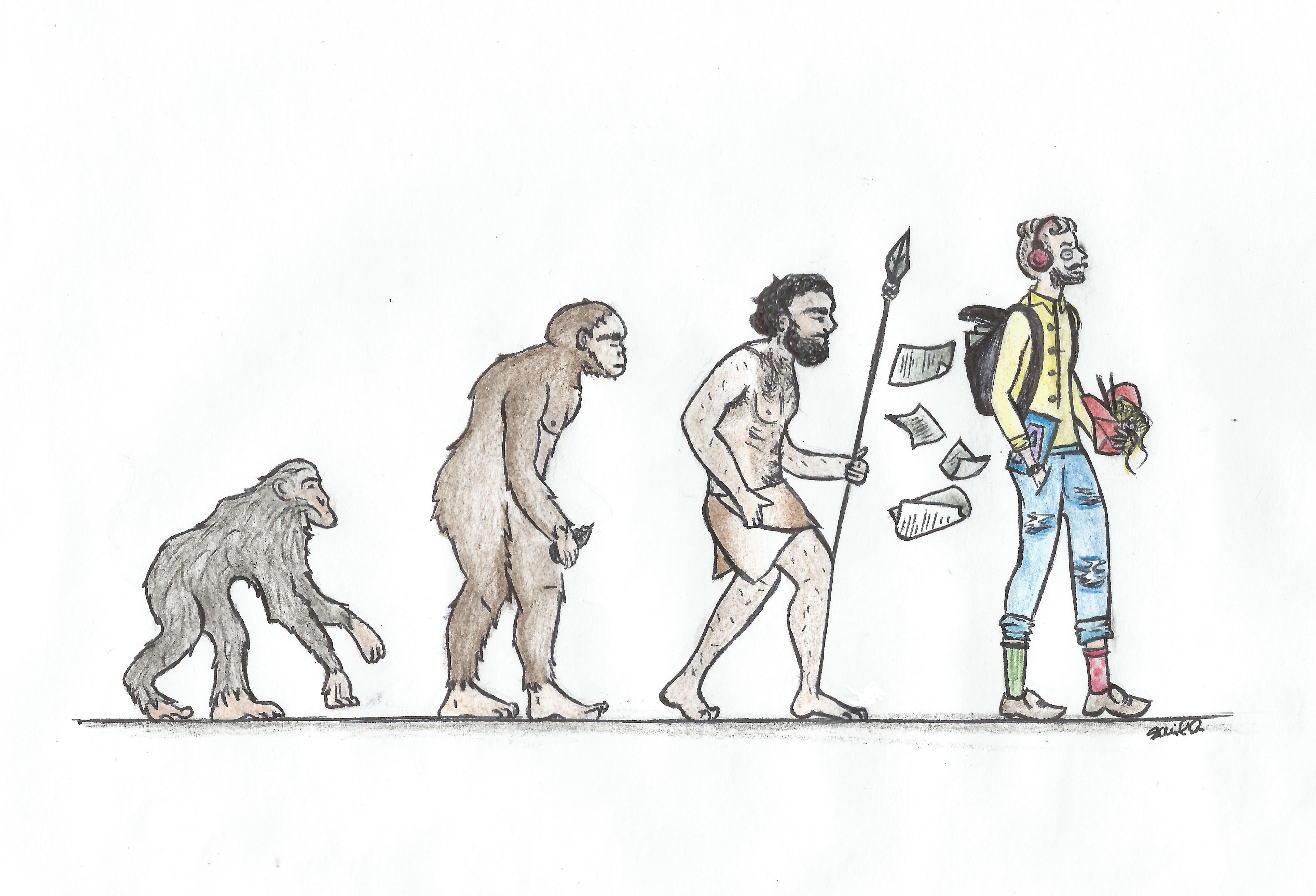 About 20,000 students populate the University of Augsburg, which means different people from all over the world, who, at first sight, have almost nothing in common. Well, they’re all students, of course – mammals with particular habits, such as the mass migration from the campus buildings to the Mensa at 1.16 PM. So, as I’ve spent a lot of time in lectures and courses, it’s quite simple to divide the student animal kingdom into three main categories…

Those who bring food to class

Everybody longs for a snack, above all when you’ve spent the whole day at university and you’re getting a little peckish. A muesli bar, some yoghurt or an apple re the most popular. But not for him. No, the food lover goes big. It’s five p.m., and a pungent odor in the university corridors announces, well in advance, the arrival of BigFood. And here he comes, almost limping, since he’s trying to walk and devour the noodles at the same time. Red sauce all over his mouth and a passion for chopsticks – because eating with a fork is too mainstream. Big food’s ready to contaminate the air of another lecture theatre, usually sitting next to you, and contributing indecipherable questions – his mouth is full! – to the class discussion.

Those who pinch your things

No, I don’t mean your bike, money or smartphone. University thieves don’t aim that high – they just look for your stuff. Innocent copies, pencils and clips, which fall into the hands of those professional thieves. The strategy is always the same: they sit next to you, ask if they can read your copies, and, once the class is over, your marvelous printed sheets have disappeared. After the “Gosh-why-am-I-so-forgetful?” moment, you realize your neighbor has pinched your materials, and sometimes even deprived you of your motivation to study (in the process increasing the number of procrastinators among students as well as Netflix sales).

Those who can’t hold it anymore

Who doesn’t love lectures? Listening to the professor talking away, jotting something down, snoozing in your seat. Not really. Someone in the middle of your row stands up and turns up all the tilt-top desks, as if they were dominoes. The incontinent student faces an obstacle course, with hurdles made of jackets, backpacks and other (unfortunate) students, who are mercilessly attacked by the athlete’s knees. The gymnast finally reaches the door, while the heads follow him, making sure he hasn’t injured himself (or hoping that he has!). Nature is calling and it’s only polite to answer – and go to the loo. Pity that it’s always the same person, sitting in the same place, during the same lecture.