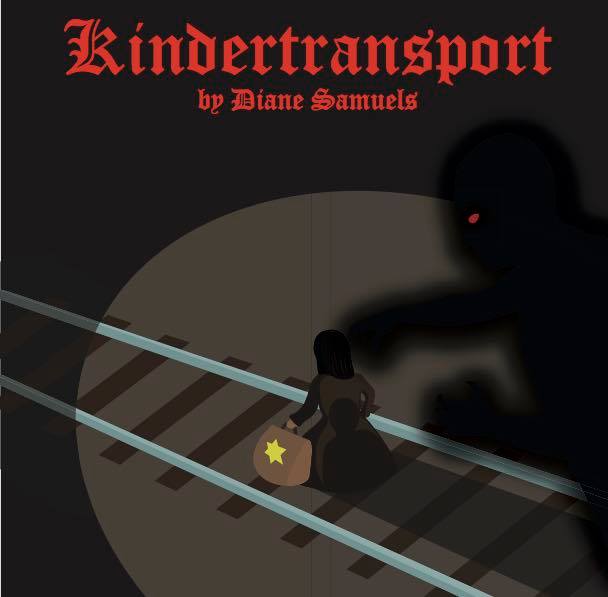 Could you imagine giving away your child? To some stranger you’ve never met? In a completely different country? With a different language – which your child doesn’t speak? Completely impossible for a parent, right?

Or from a child’s perspective: could you imagine leaving your parents in order to head off to a new country with a language you don’t speak? Meeting some strangers that will look after you and possibly keep you safe? You wouldn’t know if or when you’d see your parents again. Could you imagine such a thing? On stage, we meet a mother and her child; the mother is teaching her daughter to sew a button on her coat. The girl is about to leave – without her parents. And she’s only nine years old. She doesn’t want to leave, but the mother promises to join her later. “When is later?” “In a month, or two…”

The light fades and another part of the stage becomes the focus. A mother and daughter enter the attic; the young woman is about to move out. Her mother tries to convince the young adult to take this and that, crystal glasses (only eleven, as one of them has a little damage and “A chipped glass is ruined forever”), cups and so on. We, the audience, can sense some slight disagreement between the two: things unspoken, stories untold. As the story on the stage unfolds, we are introduced to all the things that are happening now and all the untold secrets from many years ago, in a well-hidden past.

The first pair we meet are Eva Schlesinger (Lotte Albrecht) and her mother Helga (Mel Schuster). The second pair are Faith (Jorid Kretzschmar) and her mother, Evelyn (Anna Hilbl). But Evelyn IS Eva. She has been adopted by her foster mom, Lil, (Nika Kriss), has been given a naturalisation certificate and changed her name as well as her birthday. She has got rid of her past as a Jewish-German child that was sent away to England for safety reasons. Her daughter, Faith, didn’t know about her mother’s past and by chance finds out about it while she’s rummaging through her own childhood treasures in the attic.

The play is about the individual struggles of a child who is sent away because of the Holocaust. There are lots of stories about the children transport that mainly the British organised to help save at least some of the children in danger. Between 1938 and 1939 ten thousand children were taken to Great Britain. When we read about this Refugee Children Movement, we usually get information about their safety or that they more often than not were the only members of their families to survive and consequently most of them never saw their parents again.

What we don’t read about are the struggles and their individual stories of suffering and distress that must have come with being relocated in another country, with people they had never met before, and having to adjust to the new environment. The hardships they went through, growing up and not knowing about their families. The AnglistenTheater has succeeded in bringing these struggles to life in the flashbacks during the play between the “now” and “then”. They take the audience on a journey through the life of a young girl who is developing into a woman that at some point has developed into the mother we see in the “now”. To a great extent, this is director Rudolf Beck’s achievement, of course. But there is so much more that makes this production an outstanding experience. Both the stage and costume designs as well as the light and sound help to draw you right into the story; the actors’ marvellous skills make everything absolutely believable. They all played their parts extremely well and if I had to choose, I couldn’t say which performance I liked best. But I imagine that it must have been very difficult to play the young Eva and the grown-up Evelyn in such a convincing way that you can almost feel all the emotions yourself. What I especially liked was the great sound design (Josef Demling). For example, when the ratcatcher (Ian Steffy) – a recurring figure in the play – makes his first appearance by sneaking in from behind the audience, a beautiful but at the same time eerie melody accompanies the action. We hear this lovely, dazzling tune during all his appearances. Whenever you hear it, it feels like it’s hitting something deep inside you and almost makes you want to jump up and follow the ratcatcher and his flute.

Considering the topic of the play it is obvious that it is rather strong stuff to digest, but it is well worth watching. So go and see Diane Samuels’ Kindertransport produced by the AnglistenTheater! There are still three more shows: Mon, 11th | Tue, 12th | Thu, 14th, all starting at 8 pm in lecture hall II (Hörsaal II) in building C.