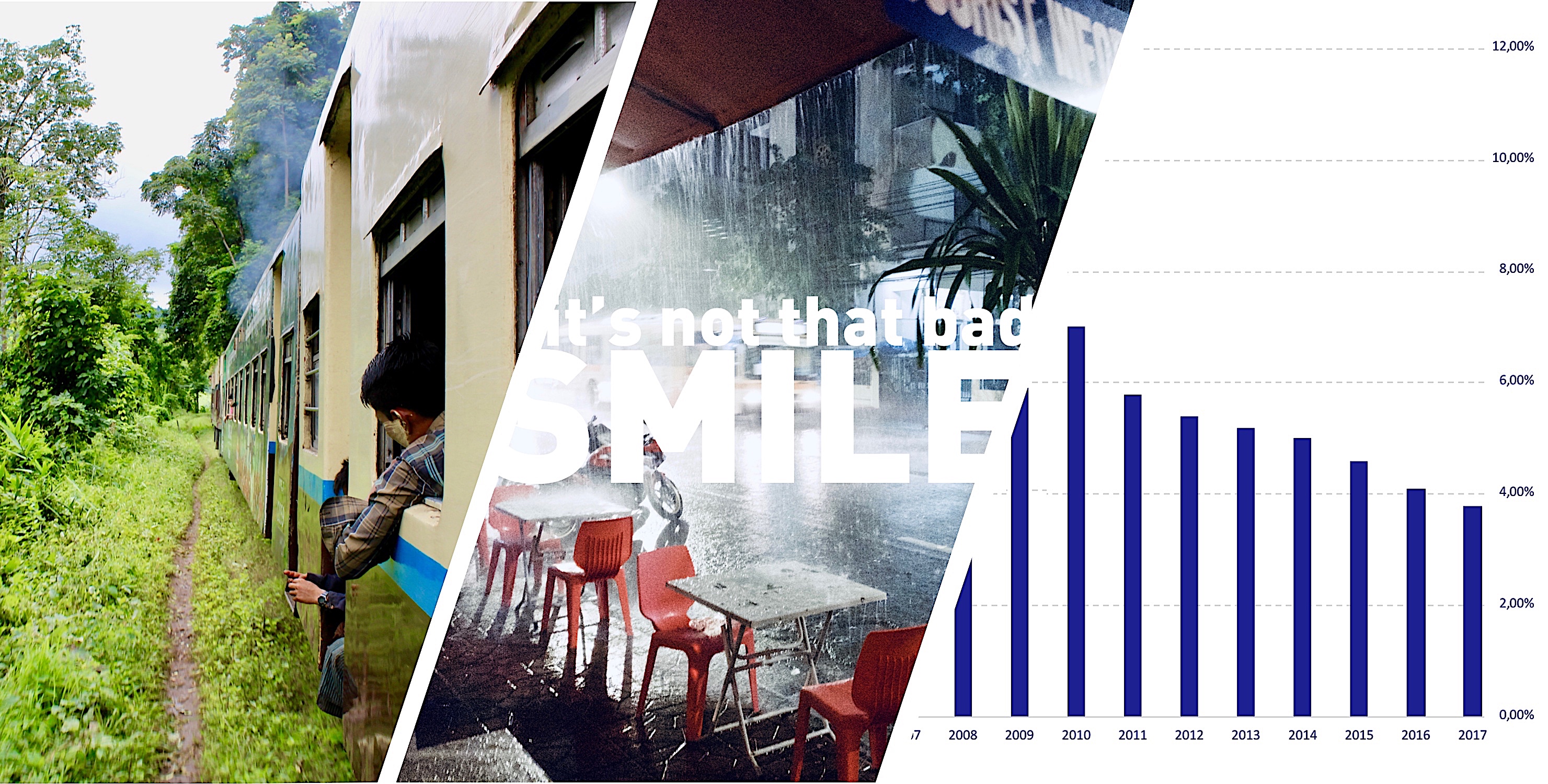 Sometimes it’s a good idea not to worry so much. But even when we really shouldn’t, we kind of always do. You see we Germans are pretty good at a lot of things, or at least we hope we are. We build some rather nice cars. We play soccer as an actual team sometimes. We have the best beer. We have a really good rail network. Wait what?

Yeah, you got that. Someone actually saying the Deutsche Bahn is doing at least a more or less decent job. Half of you will probably stop reading now – but not so fast, please. The last time I took a train outside of Germany thirty-five kilometres took seven hours on a Chinese train with British train tracks. I say that, because the Chinese didn’t quite get their measurements right and the ride was incredibly bumpy. There was also a mouse (or quite possibly mice) hiding somewhere under the floor and occasionally a branch hit someone through the windowless carriages. But guess what? Everybody on that train was really happy. For a country where the GDP per capita is a good three percent that of Germany, I find that quite fantastic. On the last train I took in Germany, half the people looked unhappy – me included. After all, that 5-minute delay really was heart breaking.

So lean back, relax and maybe try not to worry for the next one and a half minutes it will take you to read this.

First, there’s our school system. Every three years, the “Programme for International Student Assessment” (PISA) does just that and assesses our school system somewhere, somehow. In the end, everyone is disappointed and nothing changes. I’m sure there’s a PISA inspector somewhere that hopes that Chinese students acing all their exams are incredibly happy and that all those poor lost souls playing football and having fun are really unhappy that they didn’t come top of the world in the test.

Besides, there’s the weather. It’s either too hot or too cold and when it’s just right, you’re far away on holiday and its either too damp, humid or sunny there.

Apart from that, those of you who are not privately insured will surely have sat in a waiting room before. And yes, our system is quite silly. But no, don’t tell that to anyone in the United States who just got a medical bill for fifty thousand dollars. He’ll probably wish the snake had been more poisonous.

Another thing is statistics like the unemployment rate, which is a mere 3.8% and yet if you ask any German for their first impression, they’d likely say it’s way too high. Tell that to the Kenyans, where not even half the people are employed. And yes, that might be a rather lousy comparison, but our next-door neighbour France’s rate is closer to ten percent. Ask them, and they’ll say it’s not too bad. And they’re not wrong. Compared to Kenya’s, it really isn’t.

Looking at someone’s face in a posh restaurant in Germany when they have to wait longer than the five and a half minutes, they expect their apéritif to take makes you think people in Africa die of anger – and not starvation.

So yeah, maybe next time think about how happy others would be if their situation was only as bad as yours. And then just relax – it really can’t be that bad.