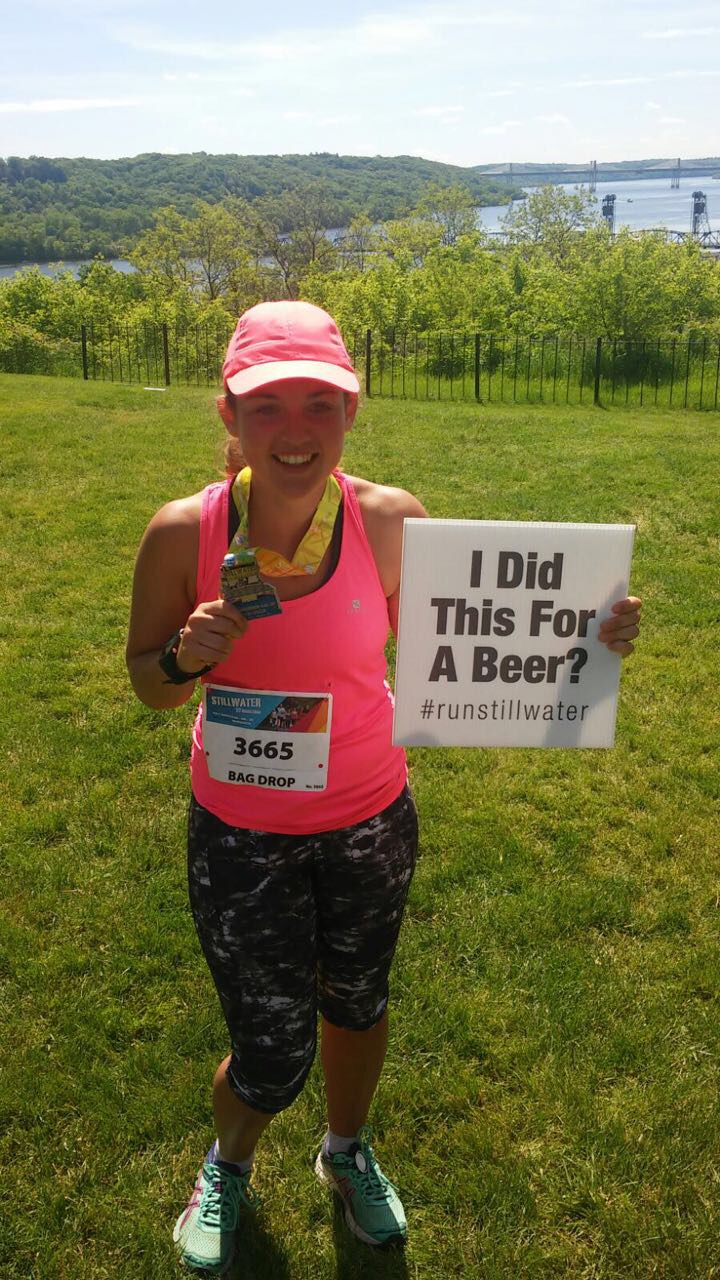 What promises a healthier body, a sunnier outlook, and the perfect opportunity to catch up? Running! And it’s one of the best butt-kicking, calorie-blasting workouts around. Still not convinced? Then read on…

One of the most interesting races of 2017 was the Berlin marathon. Motivation, strength of mind and exhaustion were only a few comments I picked up at the start line. Thousands of runners were trying to make it through the cold weather to the finish line.

Exhausted, with my feet burning, I got up from my couch after watching TV for 3 hours. I picked up popcorn from my sweater and switched off the documentary about the marathon on TV. I really needed to do something about my laziness.

Running a half marathon not only takes a lot of physical preparation but also mental endurance and if you’ve never taken on the challenge before, not knowing exactly what to expect can be rather depressing. The first weeks were sheer torment. I gasped for air after ten minutes of running and felt just awful. Overchallenged and glum, I was ready to give up. A few days later, while I was walking through my hometown, I found a note on the ground that read “Do your homework“. I guess a student had dropped it. That day, I literally found my motivation on the ground. I started to run almost every single day and the running improved incredibly fast. Even cold weather didn’t stop me. In some kind of way I got addicted to running, more than to watching TV. Who would have thought?

The final race day was incredibly nerve-wracking. I hadn’t slept a lot the night before and was up way too early. At the location, I picked up my race materials, including start number and t-shirt and went towards the start area. Lined up there, looking around at all these athletic, good-looking runners, I thought I would never be able to make it. I heard the gun and started to run. I can’t really say anything about the race itself because it felt like I was in my own world. People were supporting us, yelling and waving on the side of the road. The feeling was just amazing. The finish line came faster than I thought and it was okay. Actually, it was more than okay because I had sprinted the last two kilometers.

The whys and wherefores

Answering the question of ”Why so much pain?”: it’s the feeling of running that sets our souls on fire. If we push on, running harder, further away from the world and the structures of our lives, we begin to feel connected to ourselves. We begin to get a tingling sense of who, or what, we really are. Besides the mental health issue, let’s be honest, who doesn’t want a thoroughly trained, muscular body?!