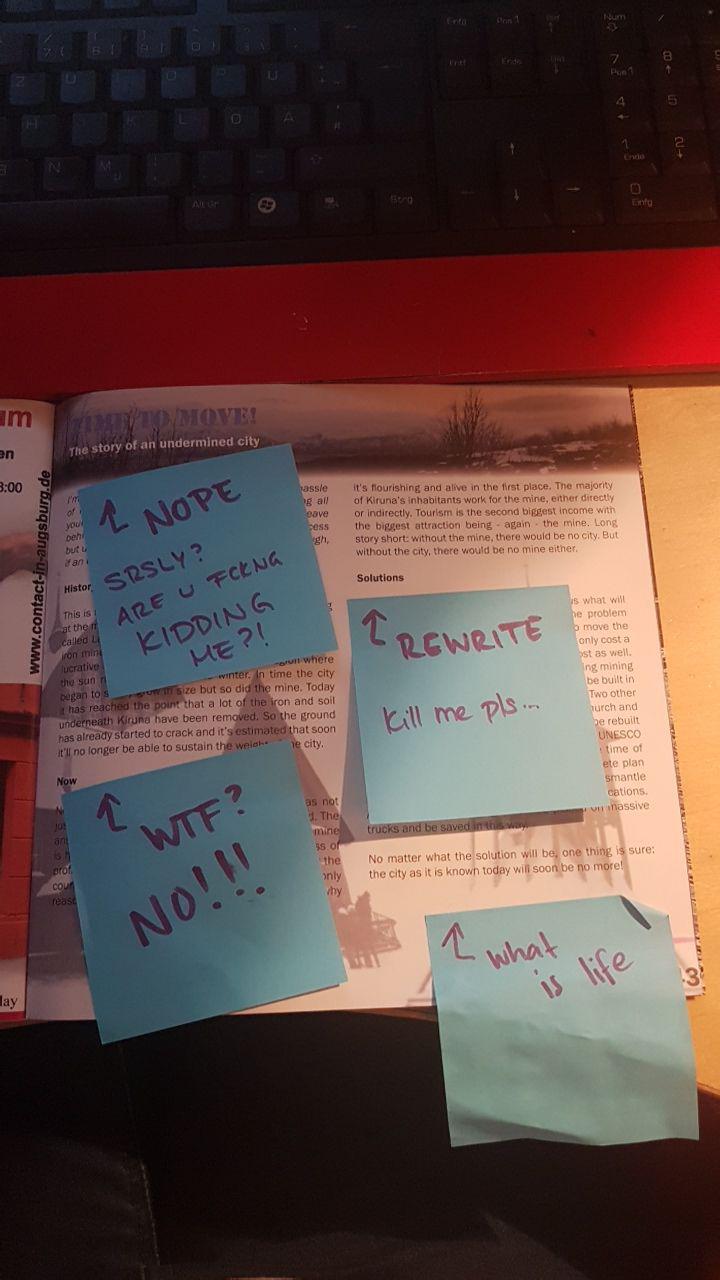 A new term – a new eMAG. New faces everywhere, coupled with the familiar ones. Yet, this term’s editors (Player 1 and Player 2) of our beloved magazine are sitting in front of their computers while everybody else is out playing in the sun. In case you haven’t heard of us, we’re the people who run after you at the end of every term with a bunch of magazines in our hands – by students for students, you know?

The position of Player 1 changes every term, so every new term a new sucker is challenged by being chief editor and trying to figure out how the hell everything works and how s/he is going to publish something readable at the end of term. Luckily, Player 1 is not alone. S/He has his trusty deputy (Player 2) at hand. Player two is, for those of you who like Game of Thrones, the Hand of the King. In this case, Hand to the Editor: advising, shadowing and helping the editor in his/her daily tasks. “But it’s just a magazine – why do you take on so much without getting any credit?” Player 1 is bound to hear that sentence a million times whilst whining about how much s/he has to do. But it’s the product. The finished magazine that fuels our desires and motivates us enough not to go completely insane over the course of time.

So what do we actually do?

This means work… and a lot of it. Not only during class. No, mainly outside of class. You think we sit at a bar all Friday night drinking tequila. Yeah we would love that, actually. Unfortunately, we’re too damn busy. For instance, we have to rewrite a shitload of stuff, draft a million emails and worry about our little sheep that are in the course. You slowly start to realize this can’t be accomplished by a single person or you’ll lose your mind. Also, every game becomes more fun in multiplayer.

Get to know our team

You’ve already heard about the deputy, saving our Player 1 from forgetting appointments but we’re talking about finishing an entire magazine! You need more than co-operation for that. Not an issue, I tell you, because there are enough crazy people here at university to fill those roles. The greedy House Advertising, for example, always looking for the best deal and trying to make enough profit to print the bloody thing, while House Promotion is the one that bugs you at least once a term right in front of the Alte Cafete. Seriously, I would not

recommend messing with them, so just take your copy and leave in peace. Now that you own your very own copy, have a look inside, look how colourful it looks! That was House Layout that will work their (tech) magic to create this clash of text and pictures. Or you know, you’re a freshman, have had no opportunity to meet any of us yet. Too sad, you think, but you’re in luck: you can head over to the realm of House Website… right here: emag-augsburg.de (basically where you are right now so the first step is done.. now click that shiny button saying “print”… go ahead. Dooooooo it.) and have a look at aaaaaaall the magazines (back to #17) that have been printed so far.

You have better stuff to do than to sit in front of your computer and stare at old eMAGs? Why not have a look and judge afterwards, hm? Also, if you want to meet us in person, you should mark the following dates on your calendar:
• Wed, 25.04.2018 – Promotion event for eMAG Website
• Wed, 13.06.2018 – International Day

Where? Hörsaalzentrum. Why? Because we can. So be there and get your mind blown by our amazingness. You better be there!