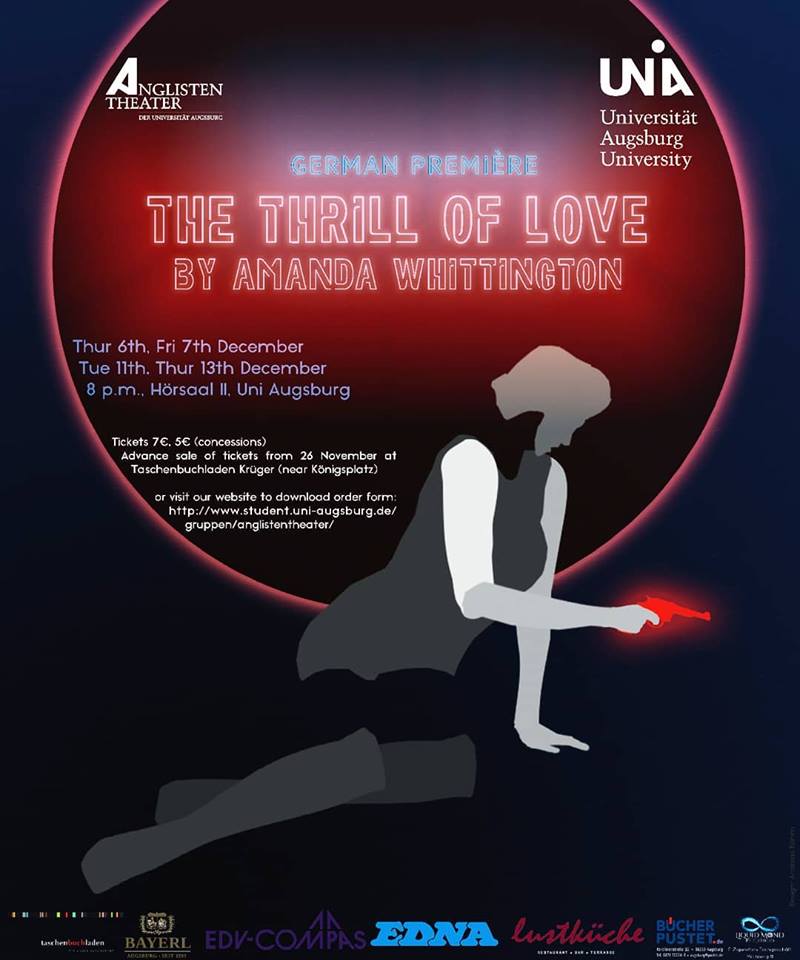 The lights come on and in a nightgown Ruth Ellis (Lotte Albrecht) enters the stage to the bittersweet Blues of Billie Holiday, which immediately draws the audience into the stylish, but flawed version of the 1950s that forms the backdrop for the story preceding Ruth’s death. On 13 July 1955, at the age of 28 she is hanged, the last woman in Britain to suffer this fate. Her crime: she shot her lover in cold blood. What drove this young, beautiful woman over the edge? Why did she not even attempt to defend herself? These are some of the questions “The Thrill of Love” by Amanda Whittington aims to explore.

The story is told in flashbacks through the perspective of Inspector Jack Gale (Jack Sigel). During his investigation he reconstructs a selection of events that give us an insight into the seedy world of gentlemen’s clubs and the women working the nights. Always present on bar room stage, he is a constant reminder that even the happiest moments in the lives of the women there are nothing but stepping stones on the path to the grim future we already know. However, these scenes of joy are one of the greatest feats of the play: it’s all too easy to get lost in the hopelessness and sadness that is usually associated with the story of Ruth Ellis. The playful banter between the women is a welcome break and allows the actresses to display their perfect timing and quick delivery. Thanks to these moments the characters become more than just parts of a tragic story. We become invested in their hopes and dreams, although we should know full well that they are unlikely at best. When this realization finally kicks in during the second half of the play, it hits that much harder.

There are no extras in “The Thrill of Love”. Every character has his or her moments. The club’s manager Sylvia Shaw (Lucie Marchand) appears to be all business, but she cares deeply about all the women who work for her. The charwoman Doris (Anna Hilbel) often puts her needs behind those of others, even if it puts her own happiness at risk. The young Vicky Martin (Sara Steffes) hopes to meet powerful men and become a star on the big screen. Even Inspector Gale, cold as he may seem, turns out to be motivated by more than the mere desire to solve a case.

“The Thrill of Love” is a powerful experience. The crew surrounding Rudolf Beck has managed to create a captivating atmosphere that lingers long after the curtain closes. We may know the outcome from the very beginning, but we don’t know the story behind it. In finding out, it’s difficult not to feel somewhat like a voyeur. Personal tragedies happen in silence. It’s when they emerge that we start to care.