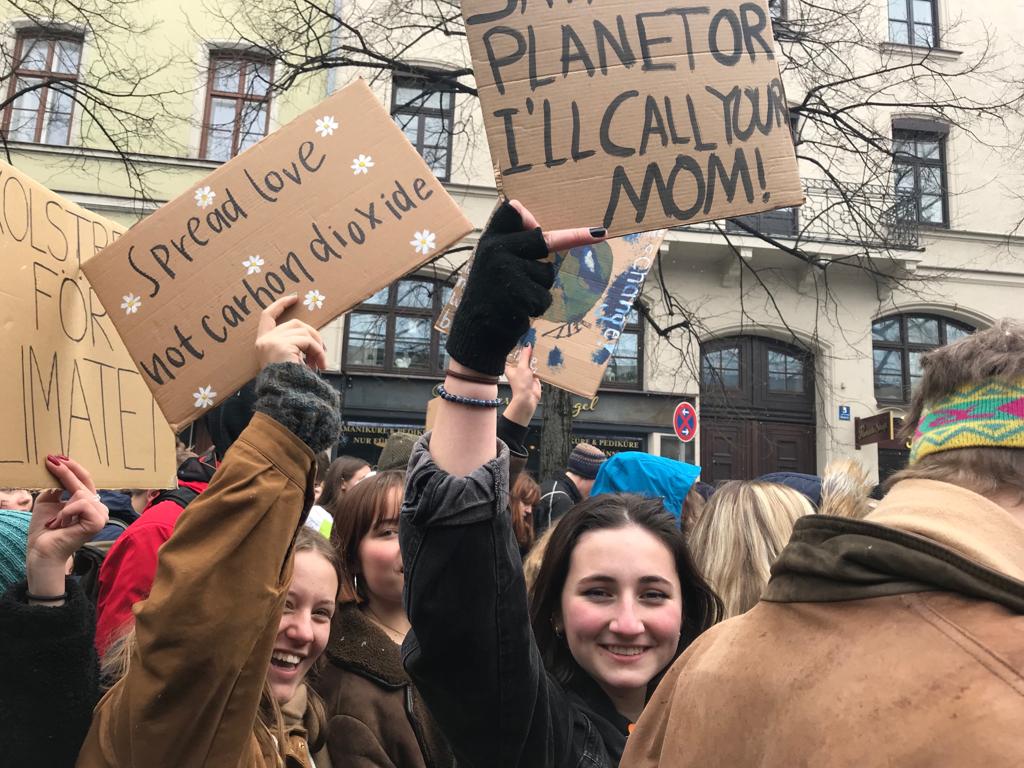 “We’re on a planet. That has a problem. We’ve got to solve it, get involved. And do it now, now, now. We need to build a better future. And we need to start right now.” – Read that part again, with the melody of “Bella Ciao” in mind and imagine being surrounded by hundreds: then you’ll catch a glimpse of how a Fridays for Future protest looks and feels.

May 24: In more than 2000 cities (about 200 of them in Germany), young people once more took to the streets, to fight for climate justice. But I’m not writing this article to tell you to stop wasting food, go vegan, quit flying or whatsoever – not again! You’re old enough to know that you should change your lifestyle to help our environment. Instead, I’ll try to share the feeling of being surrounded by hundreds of people that fight for the same goal.

One of the demonstrations started on Friday at 11:30 in Kempten. Pupils from a range of about 50 km had come to protest. First, everything was quiet as we gathered. As you looked around, you tried to read the other signs. Those beautiful, sarcastic but also terrifying signs: One said: “This planet is getting hotter than young Leonardo DiCaprio!”, another one read: “Wake up Humans! You’re endangered, too!“. They’d have been funny, but as the topic is so relevant, they were simply sad and scary. You could already hear strident whistling everywhere. A lot of pupils had brought whistles and started to sing: “Wir sind hier! Wir sind laut, weil ihr uns die Zukunft klaut!” (We are here! We are loud! Because you’re stealing our future!) Everyone else joined. And it was getting louder. We wanted to make (fucking) noise. We wanted to be (fucking) heard. So we screamed our heads off.

As we started to walk, the one big chant developed into more smaller chants in smaller groups. We were followed by disapproving glances of people. But we didn’t care. I mean, why should we? They apparently don’t care about our future, so I don’t give a fuck if I jar on their nerves. After an hour of walking, we topped at a little square. And the speaker started to sing the recasted “Bella Ciao” (https://www.youtube.com/watch?v=zemK3S79tpU). Then, he talked about the European Elections. And I would like to do the same thing now.

There’s no excuse for today!

I know as a student it might be hard to participate in those projects because of work or other obligations. But there is no possibly accepted excuse for not voting today. You can change the world. You can make a difference. You can make the difference this world needs so desperately. I plead you: Don’t let your vote be wasted because you are too lazy after a boozy night.