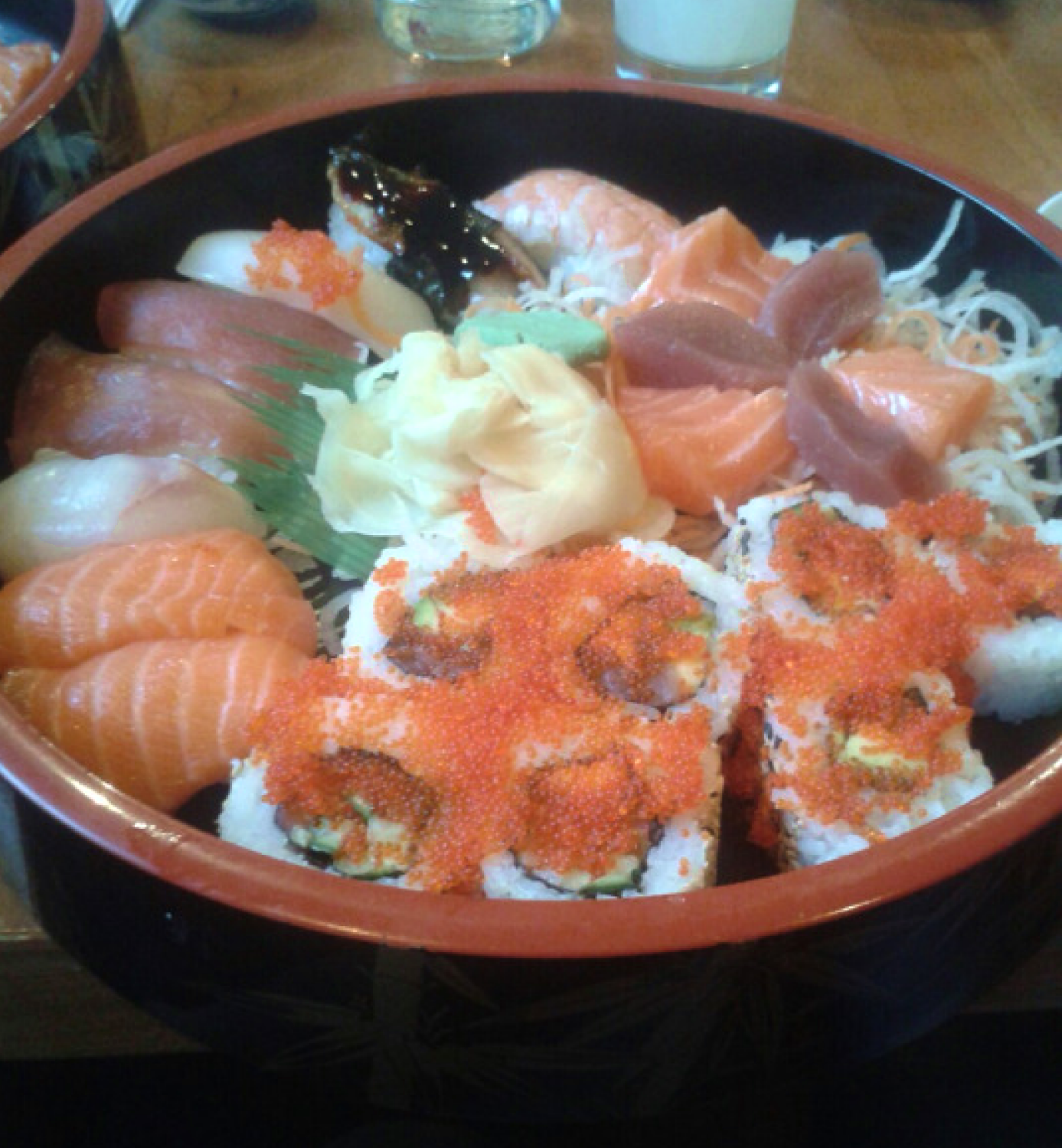 I guess there aren’t many people who h ave never been to a sushi place or Japanese restaurant at least once in their lifetime. The colorful rice rolls have become more and more popular over the past years, as the vast offer of different restaurants in Augsburg alone suggests! Japanese food such as sushi, just to name one of the many different and delicious dishes Japanese cuisine has to offer, also represents a part of Japanese culture. If you not only want to show respect this, but also the effort the itamae (the sushi chef) is putting into your dish, it’s important to eat it the way it’s supposed to be eaten – otherwise you might come across as a rude gaijin (jap. 外人, lit. translates to “person from outside”, “outsider”). The word has a very strong negative connotation and has been used to describe non-Japanese people, especially western people. Today, though, it’s being replaced by the more formal gaikokujin (jap. 外国人, “person from a foreign country”).

So, to get the most out of your sushi-eating experience, whether in Germany, in one of our lovely Japanese restaurants, or in Japan itself, try to avoid the five following no-gos!

1. Don’t cut your sushi into smaller pieces with your chopsticks – If possible, try to eat the sushi in one bite, as the chef always creates a balanced piece of the delicious food. For example, eat a bit of pickled ginger before switching to another type of sushi in order to neutralize the taste and prepare your palate for the next sensation.

2. Speaking of chopsticks – Don’t pierce your sushi (or rice in a bowl) with them and leave them standing vertically – This is a sign of death and is considered very rude.

3. Don’t put wasabi into the soy sauce and blend them – Soy sauce and wasabi should never be mixed. Put a little wasabi on your sushi and then dip it into the soy sauce. And nigiri sushi usually doesn’t require any extra wasabi, as there is already a thin layer between the rice and the fish.

4. Don’t eat sashimi with your hands – Sashimi, raw pieces of fish without rice, are not supposed to be eaten with your fingers. Use your chopsticks! However, it’s perfectly acceptable to eat nigiri sushi with your hands, to avoid destroying its delicate structure.

5. Don’t dip nigiri into the soy sauce rice side first – The integrity of the rice will be destroyed if you do. Instead, dip it into the sauce upside-down, and eat it this way, too, so that the fish hits your taste buds first.

Paying attention to these few things will make your dinner more authentic and a blast, not only for you and your friends, but also for the restaurant staff! Appreciating another culture is not difficult, so why not start by doing so with appropriate eating etiquette?

And don’t forget: Have fun, and don’t be THAT person! 🙂