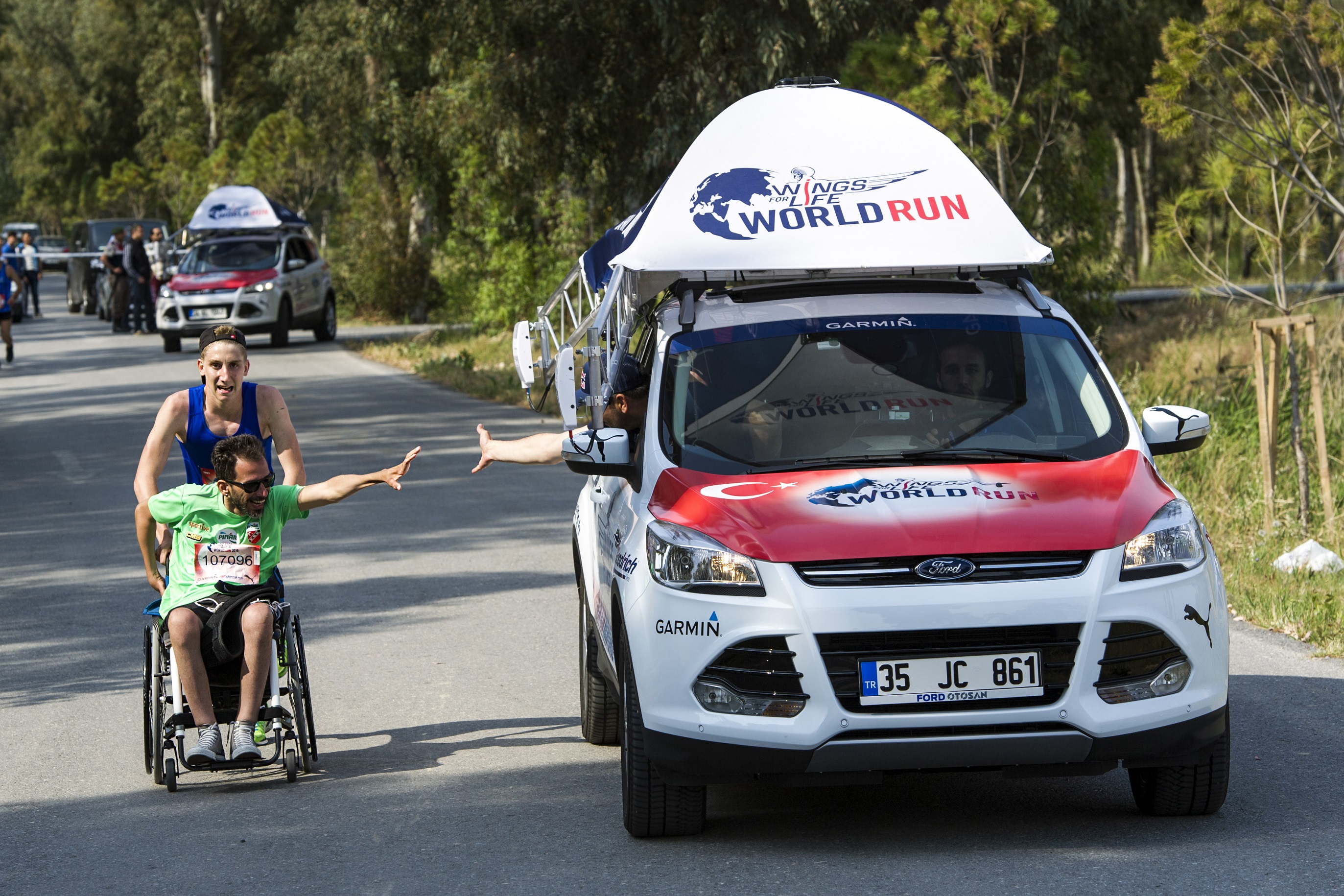 Some people think walking is a waste of time, but others dream about being able to walk or just move their legs, for example, those affected by spinal cord injuries. This condition takes away what most of us take for granted, the ability to walk. Sadly, those affected are incapacitated for the rest of their lives because there’s no treatment available. One research foundation, called Wings for Life, aims to find a cure for such injuries and has a unique way to gather support. It organizes a running event where everybody can participate anywhere.

The founders of Wings for Life are the two Austrians Heinz Kinigadner, a motocross racer, and Dietrich Mateschitz, a businessman who co-founded the Red Bull Drink company. They were personally moved by the injury of Kinigadner´s son, which left him paralyzed from the neck down. Soon, they had to realize that not enough resources were being invested in finding a cure, so they started the non-profit organization. Wings for life organizes an annual charity run that takes place simultaneously worldwide. All the money raised goes towards research efforts for finding a cure to help the injured to walk again. This year the world run will take place on May 7th and costs €43. You can start training for the race now and be fit on time.

Run until you are caught

This isn’t your typical race with a set distance. Half an hour after the race starts, a so-called catcher car starts its pursuit, though very slowly at first. As long as the car doesn´t catch up with you, you´re still in the race. Since everybody has their own fitness level, the catcher car will gradually increase its speed after one hour until it catches up with everyone – except for one man and one woman, the world champions.

The nearest official location to join the race is Munich. However, you can participate anywhere as a selfie runner by simply downloading an application to your smartphone that simulates the car catching up with you based on your GPS-tracked running distance. As a selfie runner, there’s no participation fee, but you’re encouraged to donate to the cause. Even if you decide you´re not ready to run yourself, you can still enjoy the race via a livestream from all official runs worldwide. So take this opportunity to enjoy the gift of health, and having strong legs that can take you anywhere you want, even closer to your dreams, and run for those who can´t.

For more information, check out: https://www.wingsforlifeworldrun.com/de/de/