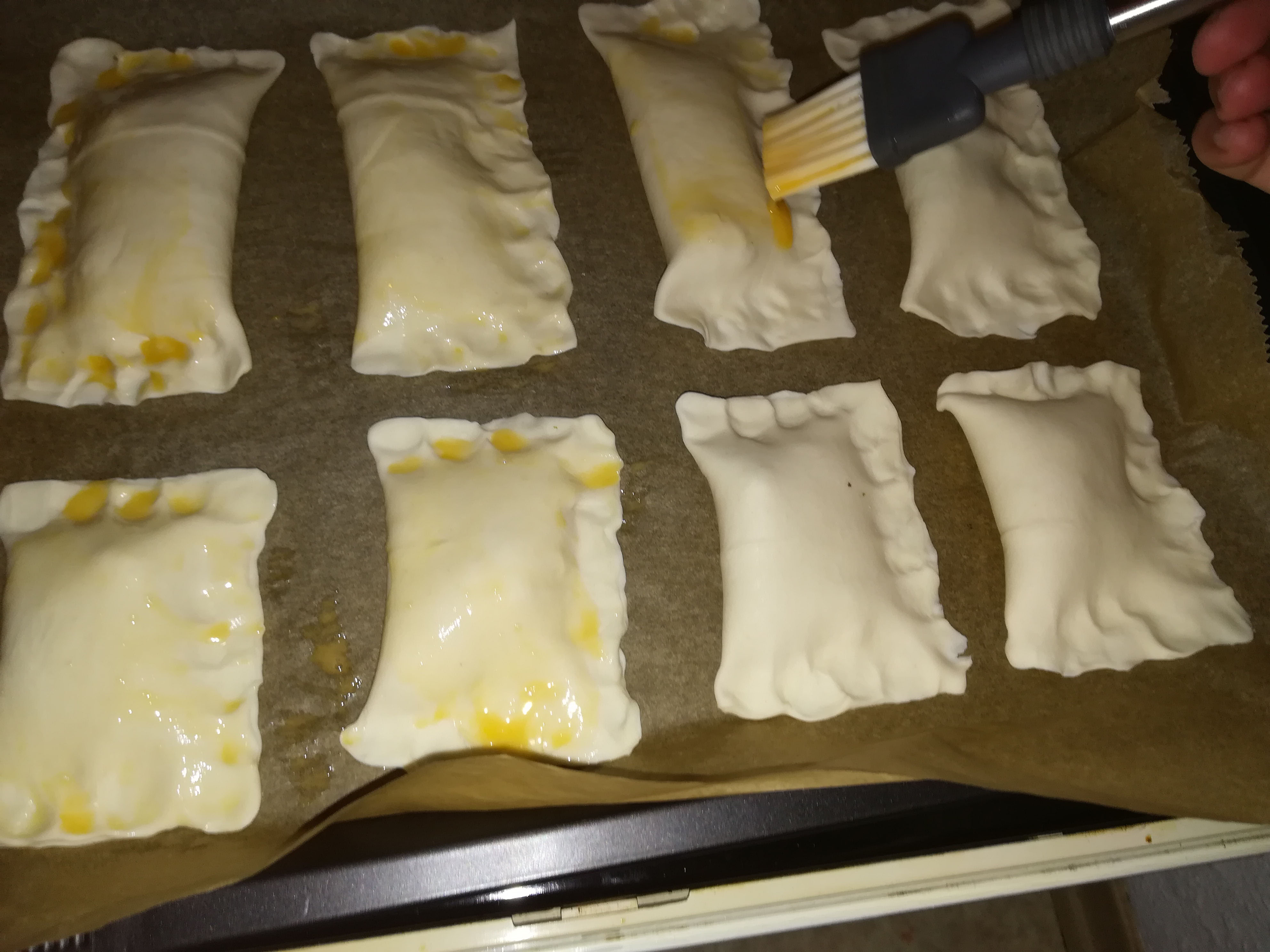 Have you ever eaten Turkish food and wondered how you can make those dishes with little effort and no time? You have? Well, worry less and read on, because I’m here to tell you how to prepare the most common Turkish-inspired dish with easy-to-find ingredients for, namely, börek. The main ingredients are feta cheese, dry parsley, puff pastry, eggs and sesame seeds, and that’s about it!

As you can see, I haven’t given you any information about how much you need of each ingredient. That’s because my mother used to say “watch and learn – I don’t do measurements! You need to learn that for yourself!” Harsh, right? But it actually helps, because once you figure out just the right amount or what you like best after some maybe disastrous first attempts, it’ll taste just perfect!

Now, let’s start! This most classic Turkish dish, which is basically a type of dumpling, comes in all kinds of variations. Normally, you need to get up early in the morning to prepare the dough and leave it to rise for several hours until it’s ready to use. But we’re lazy students with no time and energy to do that, so we’re just going to take simple puff pastry, also known as Blätterteig.

Secondly, take your cheese and knead it in your palms to make it all mushy and mix it in with some dry parsley. This mixture is probably the most common one to fill your dumplings with, but you can also take mashed potatoes, minced and seasoned meat or even spinach, but that would take far too long to prepare and no student has time for that! Now it’s time to cut your puff pastry into square shapes. Then, you take your cheese and parsley mixture and put about one spoonful on each square. Fold the square in half, covering the cheese and squeeze the edges together, so that it looks like a small cheese-filled dough bag. Now, maybe heat up your oven to about 200°, or maybe don’t, to each his own. I don’t think that’s necessary unless you’re baking cookies or something. Anyway, now you beat some eggs, put sesame seeds in it and mix it all together. This is what you coat your dumplings with, so that they don’t end up too dry on the top. And that’s about it! Just shove your tray in the oven and bake everything for a good 10 to 20 minutes, and keep on checking on them. As soon as they turn golden brown, they’re done! It takes absolutely no time to prepare once you get the hang of it, and it’s a nice alternative to eating noodles with pesto every day!