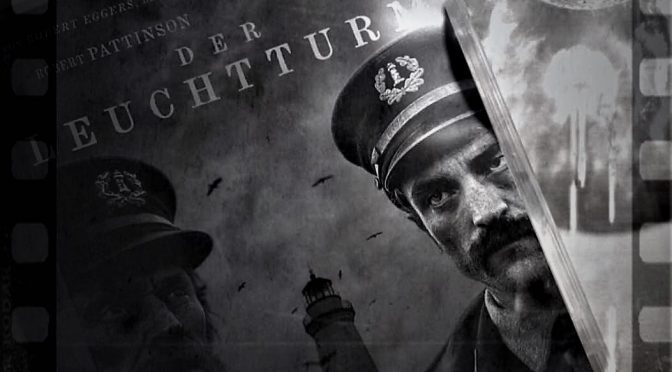 Two lighthouse keepers are losing their sanity while being trapped on a faraway island. This is all I knew about the movie The Lighthouse before watching the actual trailer. Despite thinking I was all set up for watching the teaser, my mind still got blown as director Robert Eggers really takes the cake here! First, all you hear is the sound of a foghorn blaring while staring at a black screen and you get an instant claustrophobic feeling. Then, a black and white vintage shot of a lighthouse; Robert Pattinson and Willem Dafoe, who look like weather-beaten 19th century sailors, are gazing into the camera. I don’t want to reveal too much but what follows is an uproarious roller coaster ride of images as you see an ax-wielding psychopath, tentacles, an eerie mermaid and much more horror madness.  It leaves you puzzled as to what you have just seen and I can promise you one thing: you are hooked and intrigued right away!

They Did it Again: Psychological Horror at its Finest

If you decide to check out this flick, its imagery, setting and symbolism will be stamped in your mind long after you left your TV. Eggers’ psychological horror movie isn’t just more than worth seeing, it also breathes new life into an industry which has left us progressively with trite and dull movies over the past years.

With the film’s release in October 2019, it’s no surprise that no less studio than A24 is behind that project; a company which is well-known for highly renowned and well lauded productions of independent movies such as Midsommar (2019), Hereditary (2018) and Moonlight (2016). Just looking at these films, it’s almost certain that The Lighthouse  delivers what it promises.

“What’s a Timber Man Want with Being a Wickie?”- Disorientation as the Goal

Vaguely based on an unfinished short story by Edgar Allan Poe, the plot is set on a remote, storm-wrecked lighthouse in New England during the 19th century. Ephraim Winslow’s (Robert Pattinson’s)  adventure is to get underway as he decides to quit his job as a timberman and starts his first day working for a contentious, gross and elderly man named Thomas Wake (William Defoe) as he wants to learn the ropes of being a wickie (old term for lighthouse keeper). Wake orders Winslow around with daily annoying duties, while always making clear that he is at the helm. As he heads up to the lantern room, he forbids Winslow to ever go up there.  In the course of time, the audience can see how Winslow evolves, unveils his dark secrets and eventually dips into madness. He becomes obsessed with what happens at the top of the lighthouse and at some point, the viewer asks himself which one of the guys goes crazier and who’s still to trust.

It’s amazing how Robert Eggers has managed to make the film look so authentic. From a technical point of view, it was a brilliant idea to shoot the film in a gray 1.19:1 aspect ratio in order to magnify the dark, gloomy and claustrophobic atmosphere. The old-time sailor’s dialect of the actors is flawless and their sledgehammer performance did leave me speechless, for example, when Thomas spells a biblically, dramatic and few minutes long curse upon Winslow only because he was not fond of his lobster. All this provides an experience unlike anything you have seen before and makes the movie so unique.

The most enjoyable part for me personally is that there is no fixed interpretation or message behind the story. Intentionally, the gist of the movie remains blurry as there are many hints and signs unpretentiously hidden. One can surely find psychological, sexual and/or homoerotic themes; however, I was mostly amazed by the Greek mythical references as Winslow could be portrayed as Prometheus, the titan who got punished for stealing the fire from Zeus in order for mankind’s benefit. The light is seen as a metaphor for enlightenment such as, on a more straightforward level, the light of the lighthouse illuminates the night and guides the ships through darkness.

A Timeless Film – Not for Everyone

Even though the movie satisfies my cinematic needs in every way, I do have to admit that it isn’t a film for everyone since some people could perceive it as too brutal or blend in its story. If you’re someone who rather aims for movies which are easier to digest and jollier, The Lighthouse wouldn’t particularly be the right choice for you. However, if you like extraordinary and artistic movies which pluck up the courage to try something new and even write a piece of film history with their exceptional style then go ahead with all sails set and watch the movie. You won’t regret it!